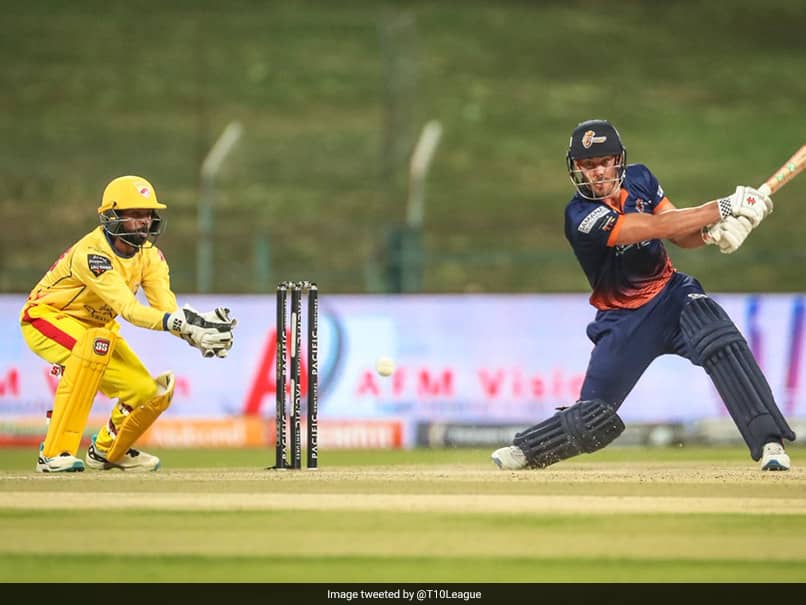 Former India batsman Yuvraj Singh on Monday said that Kolkata Knight Riders' (KKR) decision to release Australian opening batsman Chris Lynn was a "bad call" and joked that he might drop the Indian Premier League (IPL) team's co-owner Shah Rukh Khan a message on that. Lynn smashed 91 off 30 balls playing for the Maratha Arabians in the Abu Dhabi T10 League, shattering the record for the highest individual score in T10 cricket previously held by England's Alex Hales (87 off 32 balls).

"Chris (Lynn) was outstanding today, unbelievable hits," Yuvraj, who also plays for the Maratha Arabians, told reporters after the game.

"He is someone I have seen in the IPL. He has given some great starts to KKR. I really don't understand why they have not retained him. I think it is a bad call, must send SRK a message on that. Chris was just outstanding today," he added.

Yuvraj also said that he is happy playing leagues outside India and has not yet decided whether he wants to get into coaching IPL teams.

"There are a lot of leagues coming up in the next two to three years, so I am looking forward to playing a few of them. It's good for me that I play for about two or three months, instead of playing the whole year. I am enjoying that for the next few years and then hopefully can get into coaching after practicing that side by side," he said.

The 37-year-old, who announced his retirement from international cricket before the 2019 World Cup, said that he trains hard to remain fit.

"I had a back spasm today so I can't really fight my body too much. I think mentally I am still young, but the body says take it easy, so hopefully I'll be fit for the next game," he said.