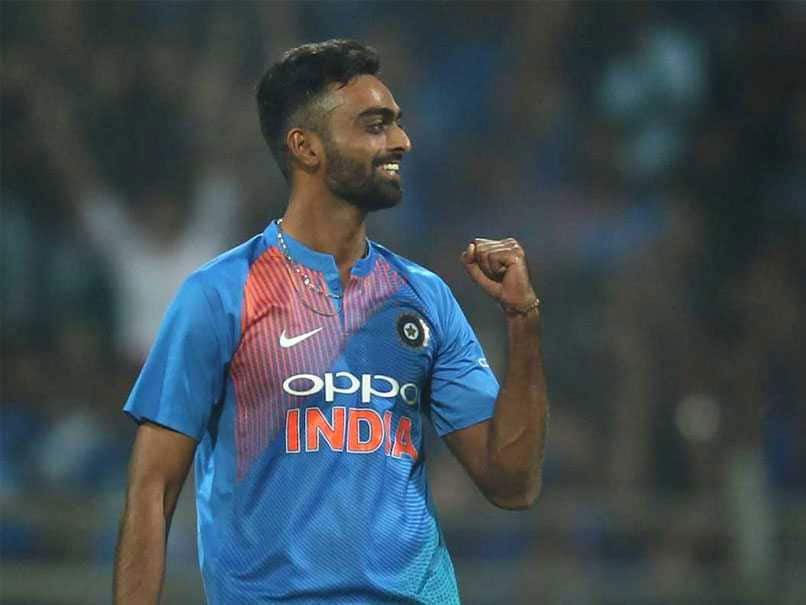 Bowlers helped Saurashtra successfully defend a small total and record an exciting four-run victory in the West Zone Syed Mushtaq Ali T20 league at the SCA stadium on Monday. Chasing Saurashtra's modest tally of 142 for 9, Maharashtra started well in their quest to score their second win on the trot in as many days before falling short, ending up at 138 for 7. Maharashtra, who defeated Gujarat in their opening game on Sunday, began in right earnest when openers Ruturaj Gaekwad, top scorer with 41 in 27 balls, and Rahul Tripathi (20) put on 60 runs in 7.4 overs.

But once Tripathi was dismissed by young Bhavnagar-born leggie Yuvraj Chudasama who also accounted for Gaekwad five runs later, Maharashtra lost their way.

Ankit Bhawne, Naushad Shaikh and Nikhil Naik got the starts before departing. They were 123 for 4 at the beginning of the 19th over, lost Shrikant Mundhe to the second ball.

Then, with 12 required in the final over, lost the wickets off the first and last balls and fell short of the target.

For Saurashtra, Shaurya Sanandya picked up 2 wickets along with Chudasama (2/26) while skipper Jaydev Unadkat returned with figures of 1/32 and also effected a run-out.

Earlier, choosing to bat first the hosts were three down for 40 before the end of the power play, and then recovered through a small, but important, 34-run partnership between Vishvarajsinh Jadeja and Prerak Mankad (34).

Thereafter wickets were lost frequently and Saurashtra ended up with a none-too-impressive total before their bowlers brought them back into the game.

Domnic Muthuswamy, who was the pick of the bowlers against Gujarat Yesterday, again impressed with a two-wicket haul along with fellow medium-pacer Mundhe.

Both of them came up with identical bowling analysis of 2 for 27 while left arm spinner Jagdish Zope also picked up 2 wickets while giving away 27 runs.

Comments
Topics mentioned in this article
Jaydev Unadkat Cricket
Get the latest updates on Olympics 2020, Olympics 2020 Medal Tally, Live Cricket Score . Like us on Facebook or follow us on Twitter for more sports updates. You can also download the NDTV Cricket app for Android or iOS.