Indian spinner Ravichandran Ashwin talks about the lavish praise he got after he surpassed Kapil Dev's tally of 434 Test wickets to become India's second-highest wicket-take for the country after Anil Kumble. 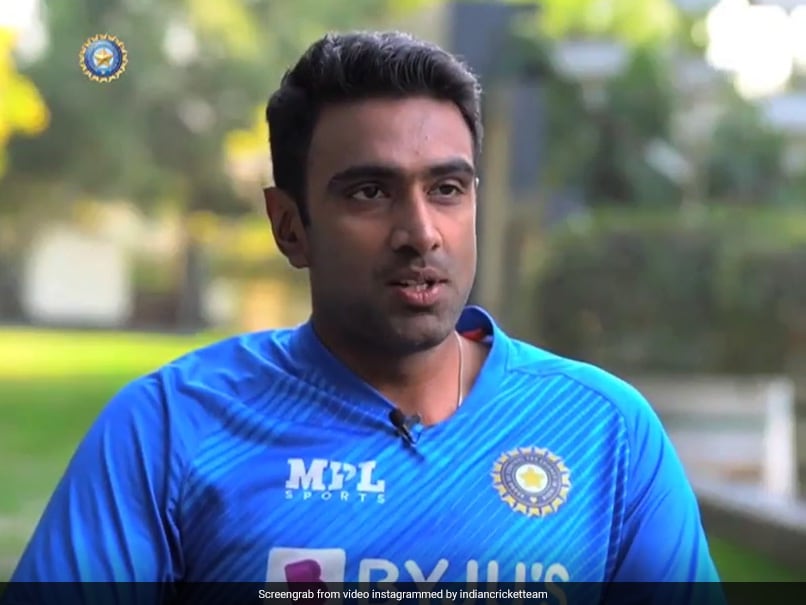 Ravichandran Ashwin revealed how Kapil Dev surprised him with a "sweet" gesture.© Instagram

Indian spinner Ravichandran Ashwin talks about the lavish praise he got after he surpassed Kapil Dev's tally of 434 Test wickets to become India's second-highest wicket-take for the country after Anil Kumble. Ashwin expressed how surpassing Kapil Dev's tally was never even a part of his bucket list, he added it was sweet of Kapil dev for sending bouquets and handwritten notes to his home. "It's like a dream. For me getting this number of wickets was never even a part of my bucket list. It was very sweet of Kapil paji, he actually sent a bouquet to my home, and also sent a handwritten note congratulating me on passing him," said Ravichandran Ashwin in a video posted by BCCI.

"Rohit went out in the press conference and lavished praises on me and he did not know how to react until this morning at the breakfast ... that was very sweet. "

"One day, he took me aside and said Ashwin you just come into the side and I appreciate you speaking in the team meetings and all that but you also need to understand why we say certain things," he added.

"We say it with the intent to make sure that once you go to the Indian team you are not found wanting with your basics and that really opened the flood gates for me and Raman forever. Because I knew this man had the best intentions in place for anybody that walked on the ground inside this team," he continued.

Talking about Shane Warne's unfortunate demise, the spinner called him poster boy and symbol of spin of his time. Adding further he emphasised getting better every day with teammates.

"To me, Shane Warne was a symbol of excellence towards spin. At that particular point of time when Shane Warne was literally the poster boy of spin. I am just looking to get better every single day with utmost joy and happiness on the face, and I am enjoying the face and some of the teammates are enabling me to enjoy these moments better," he said.

India and Sri Lanka will now lock horns in a day-night Test, beginning March 12 in Bengaluru.

Ravichandran Ashwin Kapil Dev Cricket
Get the latest updates on Fifa Worldcup 2022 and check out  Fifa World Cup Schedule, Stats and Live Cricket Score. Like us on Facebook or follow us on Twitter for more sports updates. You can also download the NDTV Cricket app for Android or iOS.