Suresh Raina and wife Priyanka earlier had a daughter, Gracia, in 2016. 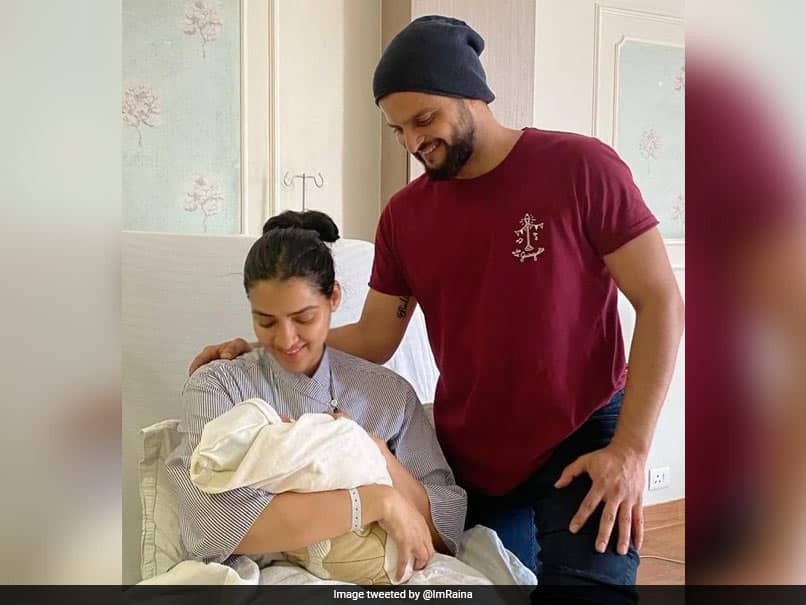 Suresh Raina and his wife Priyanka Raina welcomed a baby boy in their family on Monday. Suresh Raina's IPL franchise Chennai Super Kings tweeted, "Kutti Thala is here, Lots of #Yellove and #WhistlePodu to @PriyankaCRaina and @ImRaina for the newest addition to the #superfamily". The couple also has a daughter named Gracia, who was born in 2016. Harbhajan Singh, Suresh Raina's CSK teammate took to Twitter to congratulate the couple. In his tweet, Harbhajan said, "Congratulations @ImRaina and Priyanka for the baby boy".

Kutti Thala is here! Lots of #Yellove and #WhistlePodu to @_PriyankaCRaina and @ImRaina for the newest addition to the #superfamily. pic.twitter.com/Uz2SYEKHGR

Congratulations @ImRaina and Priyanka for the baby boy

Suresh Raina has been an integral part of the Chennai Super Kings team and has been consistent at the number 3 spot. The left-handed batsman has featured in 193 games in the IPL and has scored 5368 runs with an average of 33.34.

He is the second-highest run-getter in the Indian Premier League with only Virat Kohli being ahead of him. Kohli has scored 5412 runs in 177 games with an average of 37.84 and a strike rate of 131.61.

However, Raina has been out of the national squad for quite some time. The last game that the left-handed batsman played for India was back in 2018 against England at Headingley. Raina's last T20I was also against England on July 08, 2018.

Suresh Raina Harbhajan Singh Cricket
Get the latest updates on IPL 2021, IPL Points Table , IPL Schedule 2021 , live score . Like us on Facebook or follow us on Twitter for more sports updates. You can also download the NDTV Cricket app for Android or iOS.