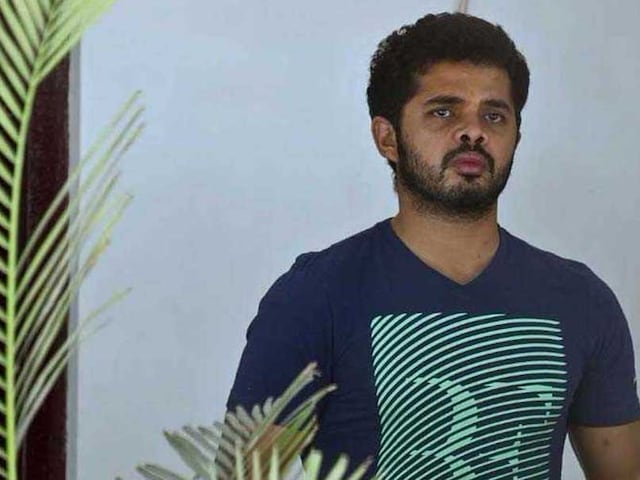 The Supreme Court on Thursday agreed to hear on February 5 an appeal filed by cricketer S Sreesanth against a Kerala High Court verdict that restored the life ban imposed on him by the BCCI in the wake of the 2013 IPL spot-fixing scandal. A bench headed by Chief Justice Dipak Misra directed that the case be listed for hearing before an appropriate bench according to the roster after the matter was mentioned before it. "List on February 5, 2018 before an appropriate bench, as per roster, subject to removal of defects, if any," the bench, also comprising justices AM Khanwilkar and DY Chandrachud, said. A division bench of the high court had restored the ban on a petition filed by the Board of Control for Cricket in India (BCCI) against a single-judge bench's order, lifting the life ban imposed on the 34-year-old pacer. The bench had said there was no violation of natural justice against the cricketer and quashed the single bench order in Sreesanth's favour.

In its appeal, the BCCI had said the decision to ban the cricketer was taken based on the evidence against him.

All the 36 accused in the spot-fixing case, including Sreesanth, Ankeet Chavan and Ajit Chandila, were let off by a Patiala House court in July, 2015.

Comments
Topics mentioned in this article
Sreesanth Cricket
Get the latest Cricket news, check out the India cricket schedule, Cricket live score . Like us on Facebook or follow us on Twitter for more sports updates. You can also download the NDTV Cricket app for Android or iOS.