Cricket Australia decided to celebrate Steve Smith's birthday with "some of his finest catches". 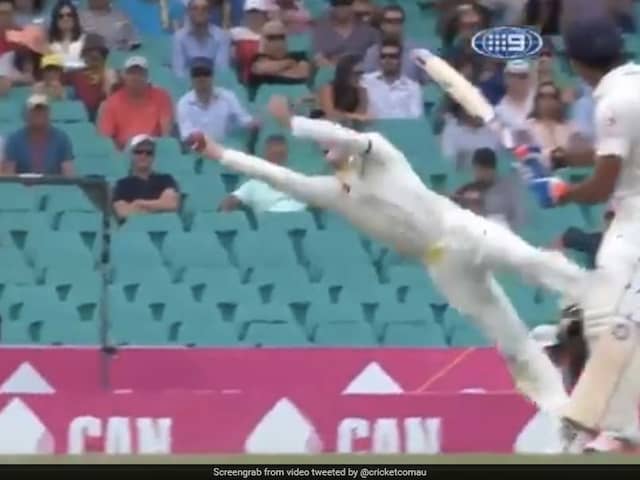 Steve Smith can be seen pulling off some impressive catches in compilation video.© Twitter

Steve Smith turned 31 on Tuesday and Cricket Australia decided to celebrate the former skipper's birthday with "some of his finest catches". Sharing a video of the compilation of Steve Smith's best catches, Cricket Australia wrote on Twitter: "Happy birthday Smudge! To celebrate his 31st birthday, have a look back at some of the finest catches. @stevesmith49 has taken in his career in Australia." In the six-minute and 13 seconds long video, Steve Smith can be seen pulling off some impressive catches in matches against teams like India, New Zealand, England and Pakistan.

To celebrate his 31st birthday, have a look back at some of the finest catches @stevesmith49 has taken in his career in Australia. pic.twitter.com/4x3jegkanv

Having played 237 international matches, Smith has claimed 205 catches, including an astonishing 117 from 73 Test matches. He has taken most -- 47 catches -- against England.

Both the Steves, who are celebrating their birthdays today, are among the top three in the list of most hundreds in the #Ashes by an Australian. pic.twitter.com/nZbn0SVS1o

Like the rest of the cricketers worldwide, Smith has seen no cricketing action since the coronavirus pandemic brought the sporting world to a halt.

On Monday, he resumed outdoor training at the Sydney Olympic Park claiming that he is in his best shape in years after putting the bat aside for two months to focus on physical and mental fitness.

"I'm probably in the best shape I've been in years, doing lots of running, lots of gym stuff at home. It's been a couple of months of good hard work," Smith was quoted as saying by the 'Sydney Morning Herald'.

Australia is one of the less-affected countries from the COVID-19 pandemic with little over 7,000 cases reported so far.