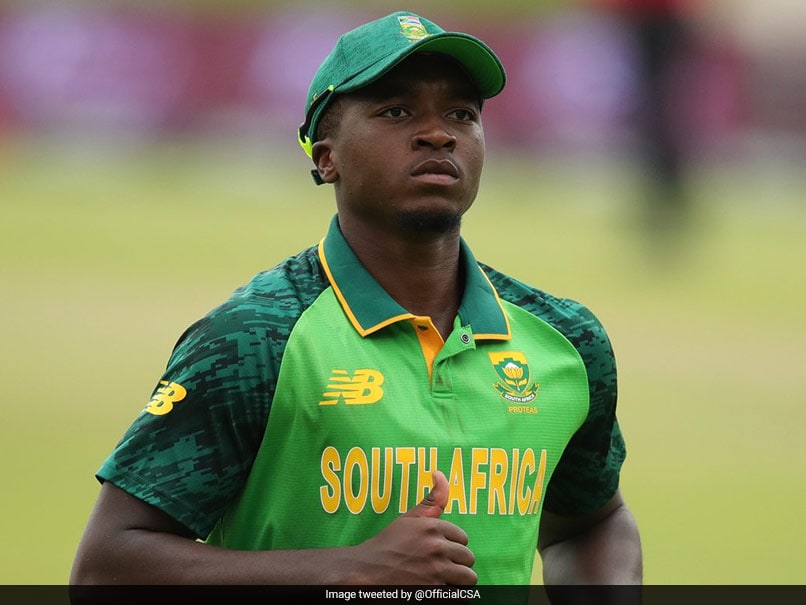 Cricket South Africa (CSA) on Monday confirmed that Junior Dala has been withdrawn from the upcoming limited-overs series against Sri Lanka. "Lutho Sipamla has joined the squad as Junior Dala has been withdrawn due to medical reasons," Cricket South Africa tweeted. On August 12, CSA had announced the men's ODI and T20I squads that will travel to Sri Lanka for a six-match tour. The fixtures will be played from September 2-14 in Colombo. Dwaine Pretorius returned to both squads after missing the West Indies and Ireland tours due to medical reasons.

Quinton de Kock has been rested from the ODI team. David Miller who sustained a hamstring injury during the final T20I against Ireland will also miss the ODI series while his progress is being monitored. Both the key players have been marked to make their return in the T20I series.

The ODI squad will travel to Sri Lanka first, followed by the T20 players.

Sri Lanka Cricket Team Lutho Sipamla Junior Dala Cricket
Get the latest updates on IPL Auction 2023 and check out  IPL 2023 and Live Cricket Score. Like us on Facebook or follow us on Twitter for more sports updates. You can also download the NDTV Cricket app for Android or iOS.