New Zealand have the opportunity to displace India from the top of the Test rankings if they complete a clean sweep over Sri Lanka. 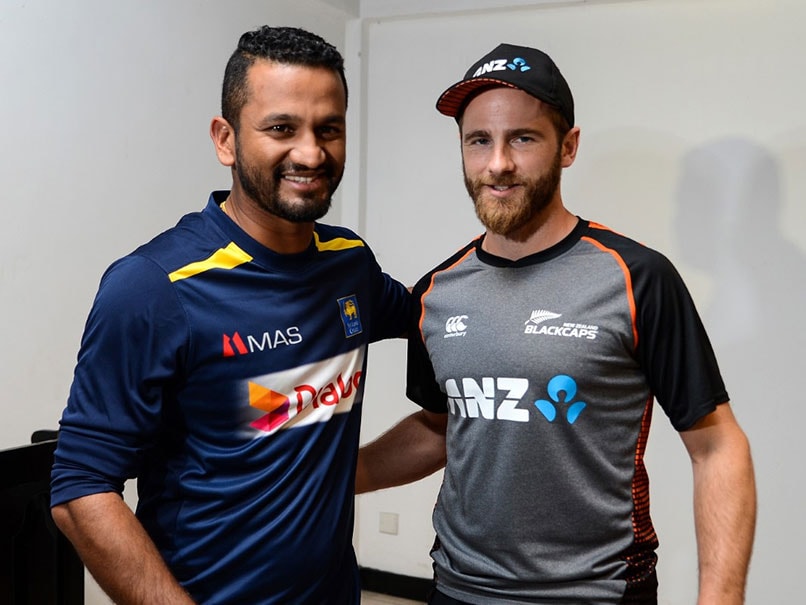 New Zealand will kick start their World Test Championship campaign against Sri Lanka at Galle International Stadium on Wednesday. New Zealand, who will be taking the field for the first time after losing to England in the final of World Cup 2019, will have the opportunity to displace India from the top of the Test rankings if they complete a clean sweep over hosts Sri Lanka in the two-match series. New Zealand are currently four points behind top-ranked India, who have 113 points.

Test rankings have added relevance with the new two-year ICC World Test Championship, now underway, culminating in a 2021 final at Lord's between the top two teams.

Crisis-ridden Sri Lanka will be wary of providing a rank turning wicket in the first Test in Galle after being outsmarted by England in the most recent encounter at the venue.

England overcame the battle with a variety of spinners as the trio of Moeen Ali, Adil Rashid and Jack Leach played a key role in a 3-0 series sweep.

The Kiwis too are carrying plenty of spin options and are likely to play two of them. Mumbai-born left-arm spinner Ajaz Patel claimed five wickets in the warm-up game in Negombo and he is likely to be the second spinner to leggie Todd Astle.

Although seam is New Zealand's strength, they are likely to stick to two seamers with all-rounder Colin de Grandhomme coming in as the third option.

Trent Boult will be the number one pick while they will have to make a call between Tim Southee and Neil Wagner, possibly the latter, who picked up nine wickets in New Zealand's last Test match.

But the hosts will be no pushover, as they showed by winning their recent 2-0 series in South Africa -- becoming the first Asian nation to do so.

"They are a strong team. They will come into this series with lot of confidence behind them after what happened in South Africa," said New Zealand coach Gary Stead.

But Sri Lanka have some tough choices, and in all departments.

The hosts have dumped head coach Chandika Hathurusingha halfway through his three-year tenure, with former fast bowler Rumesh Ratnayake now filling in on an interim basis.

When they trounced South Africa five months ago, rookie Oshada Fernando played a key role posting an unbeaten 75 in Port Elizabeth in what was his second Test match.

He became an instant hero and his subsequent snubbing from the World Cup squad earned the wrath of former players.

There will be more disappointment as Fernando, one of the brightest prospects to emerge in recent times, is set to miss both Tests with the return of Angelo Mathews, who was injured for South Africa.

"New Zealand will be tough to beat. We have got guys who were not part of the series in South Africa, so we have got to make some tough calls," said Sri Lanka skipper Dimuth Karunaratne.

Former captain Dinesh Chandimal, who also missed out on touring South Africa, is back in the squad and the wicketkeeper's slot will be a toss up between him and Niroshan Dickwella.

Lahiru Kumara, another player who didn't go to South Africa, will be Sri Lanka's lead fast bowler and it remains to be seen with whom he will share the new ball.

Both Suranga Lakmal and Vishwa Fernando were main architects during the win in South Africa.

Dimuth Karunaratne Galle International Stadium, Galle Cricket
Get the latest updates on IPL 2021, check out the IPL 2021 Schedule and Indian Premier League Live Score . Like us on Facebook or follow us on Twitter for more sports updates. You can also download the NDTV Cricket app for Android or iOS.