Dinesh Chandimal has been out of favour for more than six months after a poor series against Australia. 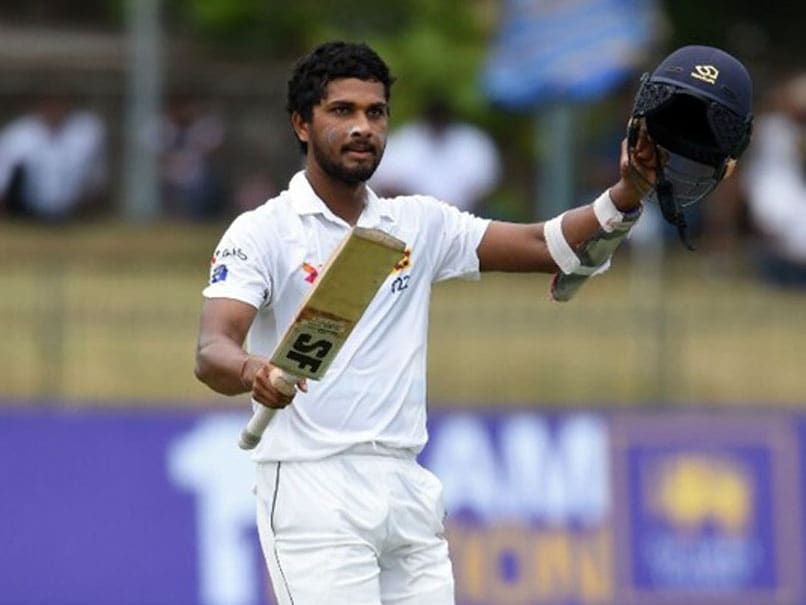 Sri Lanka recalled axed former captain Dinesh Chandimal as he was named in a 15-member squad for the Test series opener against New Zealand, beginning on August 14 in Galle. Both Sri Lanka and New Zealand will begin their World Test Championship campaign with the two-match Test series. Chandimal, in poor form during the Australia series, was dropped for more than six months. Sri Lanka ace all-rounder Angelo Mathews also managed to find place in the Test squad announced on Friday.

Mathews had missed the South Africa tour due to a hamstring injury. Apart from Chandimal and Mathews, the Sri Lankan selectors have also included Akila Dananjaya and Niroshan Dickwella for the Test series.

From the 22-man probables announced on Wednesday, the selectors have decided to leave out Kasun Rajitha, Asitha Fernando, Danushka Gunathilaka, Shehan Jayasuriya, Chamika Karunaratne, Dilruwan Perera and Angelo Perera from the final 15.

In the 15 Tests played in Sri Lanka dating back to 1984, New Zealand have won four, lost six and drawn five. New Zealand are currently ranked second in Tests, and Sri Lanka sixth.

Last week, Sri Lanka put on a clinical performance with bat and ball to record a 122-run win in the third and final One Day International and complete a clean sweep over Bangladesh in Colombo.

Angelo Mathews Cricket
Get the latest updates on IND vs NZ 2021, check out the Schedule and Live Score . Like us on Facebook or follow us on Twitter for more sports updates. You can also download the NDTV Cricket app for Android or iOS.