Sri Lanka coach Mickey Arthur said that they let the second Test slip away from a winning position and that they need to learn to be more ruthless. 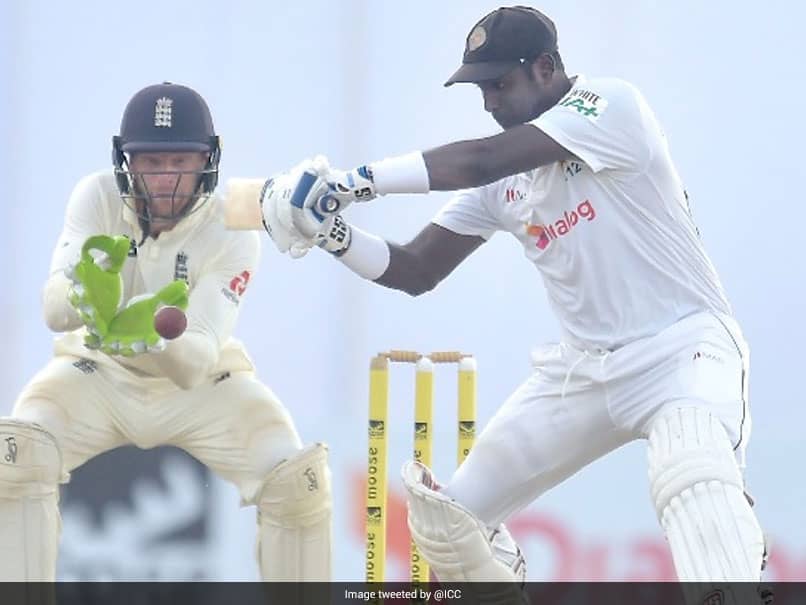 Angelo Mathews was one of Sri Lanka's few batsmen who shone against England.© Twitter

After suffering a six-wicket loss against England in the second Test, Sri Lanka coach Mickey Arthur said that poor batting in the second innings cost his side, and the coach added that the Islanders need to be ruthless going forward. Dominic Sibley hit an unbeaten 56 and Jos Buttler made a 48-ball 46 as England chased down 164 to defeat Sri Lanka by six wickets in the second Test on Monday at the Galle International Stadium to clinch the series 2-0. Joe Root was awarded both Man of the Match and Series for his impeccable form with the bat.

"We fought and fought and fought for three days and got ourselves in a really good position, and in two hours we proceeded to throw it away. It was poor batting. It's something I'm going to sit and talk with the players about now. When we lead the game, we've got to be able to put our foot on the neck of the opposition and we didn't do that. That today just wasn't good enough. We've got to learn to be ruthless," ESPNCricinfo quoted Arthur as saying.

On day four of the second Test, England spinners Jack Leach and Dominic Bess spun a web on Sri Lanka's batters and the duo took eight wickets between them as the hosts were bundled out for 126 in the second innings, setting England a target of 164.

The visitors then found themselves in a spot of bother at 89/4 with Joe Root back in the hut, but Sibley and Buttler stitched an unbeaten stand of 75 to take England over the line by six wickets.

"That was nowhere near our game plan. Our game plan was to absorb pressure, grind away, and grind out a couple of sessions to make sure that we got ourselves into a very good position to push for the win tomorrow. That was our strategy. We had a long chat about that this morning. We used the blueprint of our second innings in the first Test match as something that we wanted to base our innings on. Somewhere it's gone horribly wrong. That's something I'm going to dig up and find tonight," said Arthur.

In the first Test of the series, Sri Lanka suffered a collapse in the first innings and the side was bundled out for 135.

"This isn't the first time that it's happened, and it's something I need to look into with the team. We let it slip in one disastrous session. Much like in the first Test when we let slip in the first innings again. We can't afford as a team to have those poor sessions. We've got to get our good and our bad closer together. The game was there for us to take and we didn't take it. Extremely disappointed with that," said Arthur.