Sri Lanka vs Bangladesh, 1st Test: Najmul Shanto hit his maiden century while Tamim Iqbal scored a brilliant 90 on the first day of the first Test in Pallekele, Sri Lanka. 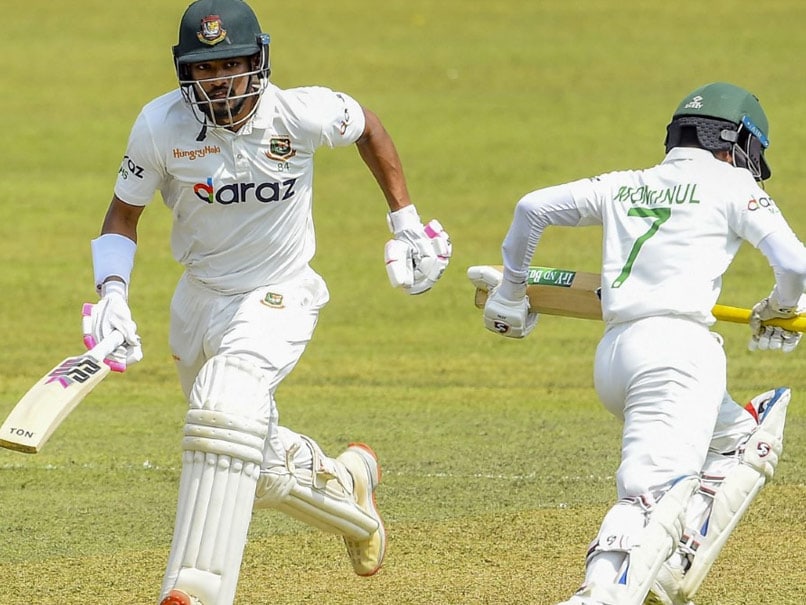 Sri Lanka vs Bangladesh: Najmul Shanto hit his maiden century on the first day of the first Test.© Twitter/ICC

Najmul Shanto hit his maiden century and Tamim Iqbal 90 as Bangladesh took a rare chance to plunder runs off an opponent on the first day of their first Test in Sri Lanka on Wednesday. Bangladesh, looking for their first overseas Test win for four years, made 302 for two on an easy wicket for scoring in Pallekele. After Saif Hassan fell for a duck to Vishwa Fernando in the second over, Shanto and Tamim added 144 for the second wicket to establish Bangladesh's dominance over the bowlers. Shanto and captain Mominul Haque then put on an unbeaten 150 runs for the third wicket

The 22-year-old left-hander Shanto was dropped by wicketkeeper Niroshan Dickwella on 28 but went on to reach three figures in his seventh Test. He was on 126 at the end of the day with 14 fours and a six.

Shanto said he was "relieved" to get his first ton, and had been happy to wait for Sri Lanka's "loose balls".

"I had worked really hard but unfortunately I wasn't getting big runs. But I believed in my ability and I'm glad it all clicked today. It was a tough few months after a disappointing series against West Indies," Shanto said.

The experienced Tamim accelerated the run scoring when he came on and narrowly missed out on a deserved century. His 29th half-century came off just 54 balls with ten boundaries.

Having reached 90 off 101 balls with 15 fours, Tamim offered a half-hearted shot and was caught by lone slip fielder Lahiru Thirimanne off Fernando's bowling.

Mominul, unbeaten on 64 at the close, was also dropped by Dickwella, but the wicket would not have counted as Dhananjaya de Silva had overstepped the bowling line.

Sri Lanka's batting coach Grant Flower expressed hope for an early breakthrough on day two. "It has been a tough day but if we take two early wickets tomorrow things can change pretty quickly," he said.