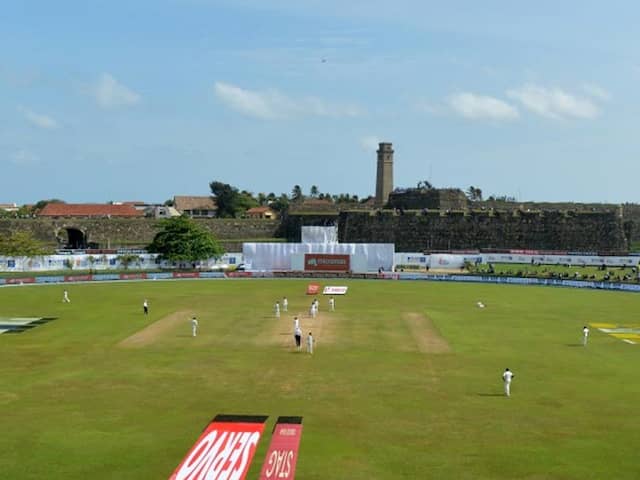 In wake of allegations of pitch-fixing involving the curator of the Galle pitch, Sri Lanka Cricket (SLC) on Saturday said it will give its "fullest cooperation" to any investigation into match-fixing. An Al Jazeera documentary is believed to allege groundsmen in Galle are being bribed to alter pitches for Test matches involving teams such as Australia and England. "Sri Lanka Cricket wishes to state that it has zero tolerance towards corruption and will take immediate action against any person involved in the alleged incident if found guilty," the SLC said in a statement.

"Sri Lanka Cricket is constantly engaged with the ICC and is following its guidelines on how to handle anti-corruption operations for the forthcoming tours in Sri Lanka," it added.

The International Cricket Council (ICC) has already launched an investigation, saying it took the allegations reported in the documentary "very seriously" and urged "all evidence and supporting material" to be shared with the investigators.

"The ICC is aware of an investigation into corruption in cricket by a news organisation and as you would expect we will take the contents of the programme and any allegations it may make very seriously," the ICC said in a statement.

"We have made repeated requests that all evidence and supporting materials relating to corruption in cricket is released immediately to enable us to undertake a full and comprehensive investigation."

"We have already launched an investigation working with anti-corruption colleagues from member countries based on the limited information we have received," the statement added.

An advance report on the documentary, which will be broadcast on Sunday, said two Sri Lankans and a former Indian player were caught discussing how to rig England's opening Test against Sri Lanka in November.

The newspaper reported that the footage showed the men talking about doctoring pitches during a meeting with an undercover reporter.

The men were reportedly discussing ways to prepare the pitch to ensure that the first Test at the Galle ground would not end in a draw and would yield a result in less than four days.

Commenting on the report, the England and Wales Cricket Board (ECB) said it is aware of the documentary and will also support the ICC.

"The ECB are aware of the planned Al Jazeera documentary, though not the full content. We endorse the ICC's position and fully support their work and investigations," the ECB said.

England are due to tour Sri Lanka in October and November for three Tests, five one-day internationals and a one-off Twenty20.

Comments
Topics mentioned in this article
Sri Lanka Cricket Team India Cricket Team Cricket International Cricket Council
Get the latest Cricket news, check out the India cricket schedule, Cricket live score . Like us on Facebook or follow us on Twitter for more sports updates. You can also download the NDTV Cricket app for Android or iOS.