Sri Lanka broke a 17-year jinx by beating Australia in a Test match and in the process, they created a new record of bowling the most consecutive maidens. 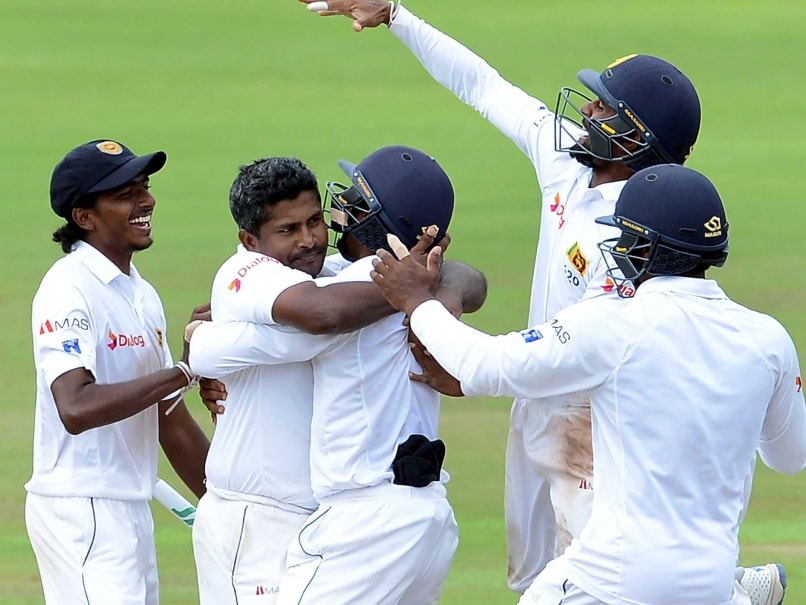 When Sri Lanka had dismissed Nathan Lyon for five on the fifth day of the first Test in Pallekele, Australia were 157/8 and were staring at their seventh consecutive loss in Asia. Peter Nevill, the wicketkeeper was joined by the injured Steven O'Keefe and they were only delaying the inevitable. After six quiet over, O'Keefe got off the mark with a boundary and after 63 overs, Australia were 161/8.

What followed afterwards was a staggering passage of play in which Nevill and O'Keefe displayed their version of the blockathon. For 25.4 overs or 150 balls, Sri Lanka did not concede a single run. Both Nevill and O'Keefe handled Rangana Herath, Lakshan Sandakan, Dilruwan Perera and Dhananjaya de Silva with ease.

The partnership between Nevill and O'Keefe was worth only four runs but it had consumed 178 balls. Their run-rate of 0.13 was the lowest in Test cricket and it seemed they would escape with a miraculous draw as the light deteriorated.

However, Dhananjaya de Silva dismissed Nevill while Rangana Herath cleaned up O'Keefe for 4 to end up with his 24th five-wicket haul and give Sri Lanka their first victory over Australia after 17 years. The sequence of bowling 25.4 maiden overs was a new world record, breaking the previous mark of 92 or 15.2 overs played by England against the West Indies in 1950 at Lord's. In that year, West Indies registered their first Test win in England.

In the post-match interview, Sri Lanka skipper Angelo Mathews was full of praise for the way Herath and Sandakan bowled. "The old man Herath was brilliant once again. Sandakan a brilliant find for us. We knew this was going to take our turn, Sandakan responded brilliantly," Mathews said.

Sri Lanka head to Galle armed with a 1-0 lead and a chance to achieve a rare series win over Australia.

Comments
Topics mentioned in this article
Sri Lanka Cricket Team Australia Cricket Team Peter Nevill Stephen O'Keefe Pallekele International Cricket Stadium, Kandy Rangana Herath Cricket
Get the latest updates on IPL Auction 2023 and check out  IPL 2023 and Live Cricket Score. Like us on Facebook or follow us on Twitter for more sports updates. You can also download the NDTV Cricket app for Android or iOS.