The Sri Lankan team management has accepted that they breached the ICC's playing code. 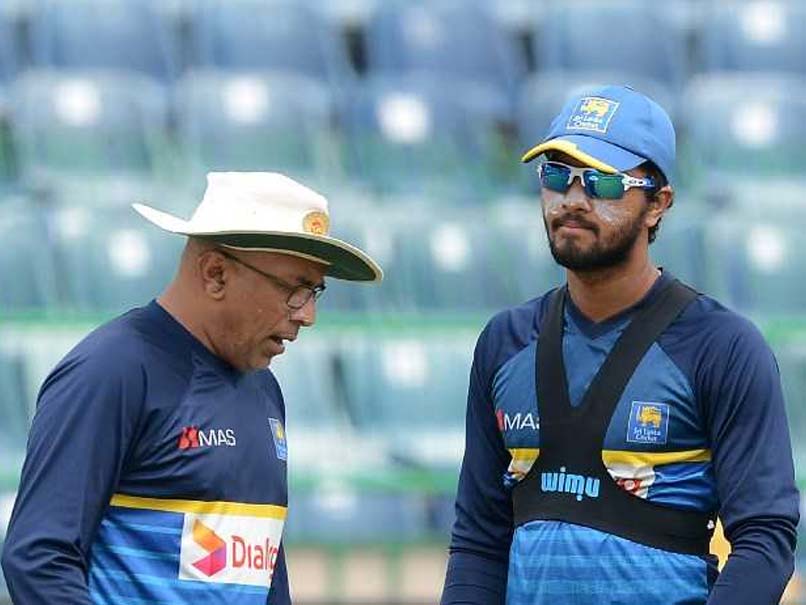 Chandimal had appealed against the one-Test ban that was handed to him.© AFP

Sri Lankan captain Dinesh Chandimal, coach Chandika Hathurusinghe and manager Asanka Gurusinha have accepted the charge of beaching the International Cricket Council's (ICC) code of conduct related to "conduct that is contrary to the spirit of the game". According to an ICC release, following their admission, the ICC, in accordance with Article 5.2 of the ICC Code of Conduct, has appointed Michael Beloff as the Judicial Commissioner to hear the case to determine the appropriate sanction.

Chandimal had earlier been found guilty of ball tampering during the second day's play of the second Test against the Windies at Gros Islet Monday. He was given two suspension points and fined 100 percent of his match fee. The points equate to a ban from one Test or two ODIs or two T20Is, whatever comes first.

"It is clear that Dinesh Chandimal applied an artificial substance to the ball, namely saliva containing the residue of something he had in his mouth, an action which is prohibited under the ICC Code of Conduct," match referee Javagal Srinath had said after the judgement.

The player was suspected of using saliva and a sweet to tamper with the ball and give it more spin after television images picked it up.

Srinath had found Chandimal's defence "unconvincing" after the player pleaded not guilty to the ICC charge, which also saw him fined 100 per cent of his match fee.

Dinesh Chandimal Cricket
Get the latest updates on Fifa Worldcup 2022 and check out  Fifa World Cup Schedule, Stats and Live Cricket Score. Like us on Facebook or follow us on Twitter for more sports updates. You can also download the NDTV Cricket app for Android or iOS.