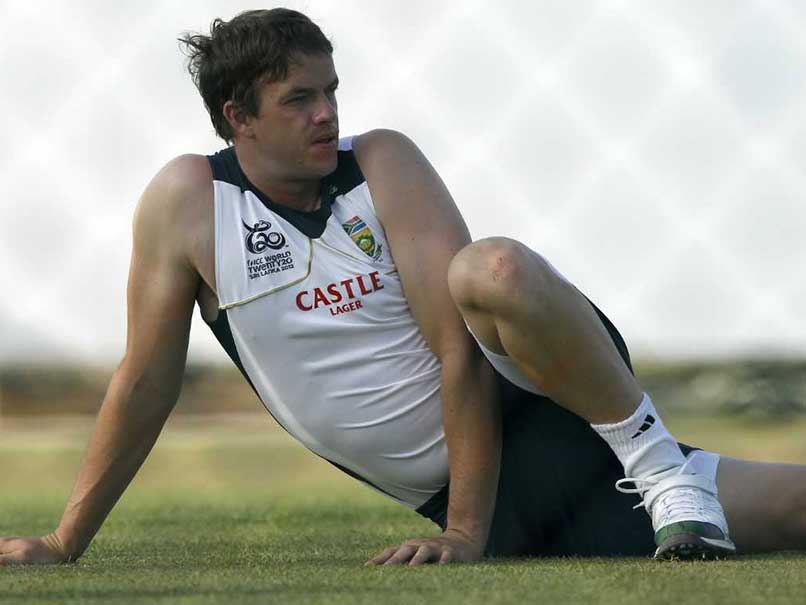 Albie Morkel was more influential with the bat than ball as a finisher.© Reuters

Former South Africa international all-rounder Albie Morkel has decided to retire from all forms of cricket, ending a two-decade career that earned him a reputation as a clean striker of the ball and a bowler full of guile. The 37-year-old, the older brother of fast bowler Morne Morkel, played a single test, 58 One-Day Internationals and 50 Twenty20 matches for South Africa over 11 years, having more influence with bat than ball as a "finisher" at the end of limited-overs innings. "Time has run out for me on the cricket field, and I would like to announce my retirement from the game," Morkel said in a statement on Wednesday.

"There are some new opportunities on the horizon, and I'm looking forward to grow into those. I will be enjoying the game from the other side of the rope."

Morkel was one of the top buys at the inaugural Indian Premier League auction when he went to the Chennai Super Kings for $675,000 in 2008 and later played for Delhi Daredevils, Rising Pune Supergiants and Royal Challengers Bangalore.

He also had spells in English county cricket with Derbyshire, Durham and Somerset.

Royal Challengers Bangalore Cricket
Get the latest updates on SA vs IND 2021-22, check out the Schedule and Live Score . Like us on Facebook or follow us on Twitter for more sports updates. You can also download the NDTV Cricket app for Android or iOS.