South Africa vs Sri Lanka: Test captain Quinton de Kock will be leading the Proteas in their upcoming series against Sri Lanka. 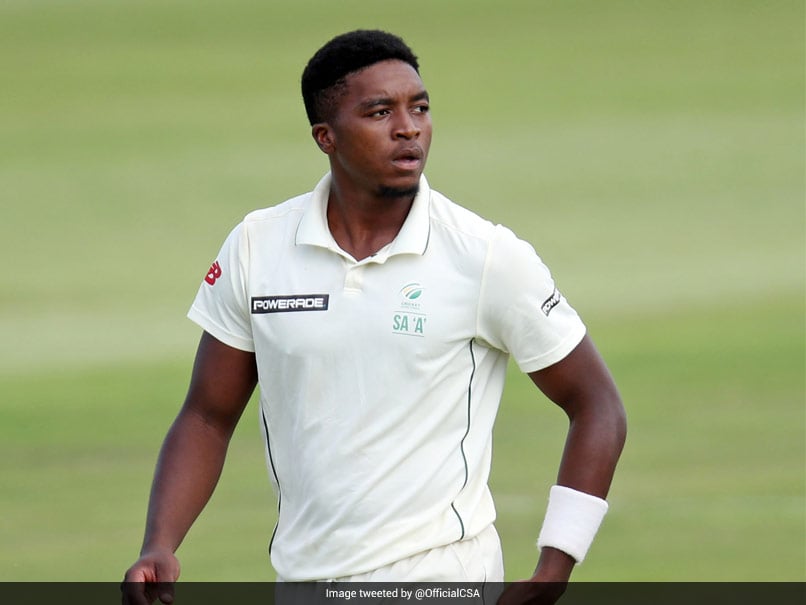 South Africa vs Sri Lanka: Lutho Sipamla will be hoping to impress in the Test series.© Twitter

Cricket South Africa (CSA) has included three more players to the Proteas squad ahead of the Test series against Sri Lanka. This forms part of the organisation's plan to integrate more players at the conclusion of the latest round of the CSA 4-Day Cup. Former South Africa under-19 captain Raynard van Tonder, Lutho Sipamla and Dwaine Pretorius were the ones to be added to the team. This is a maiden Proteas call-up for van Tonder, while Sipamla will be similarly excited as this is his first inclusion into the Test squad, the CSA release said. Van Tonder has been exceptional with the bat in this season's 4-Day Cup. He is the top run scorer of the competition so far with 604 in five matches at an average of 67.11.

The 22-year-old notched up a career-best double ton (261 balls) for the VKB Knights in their fixture against the Imperial Lions this week. That, coupled with the two centuries and half-century already in his tally for the competition, makes for an exciting talent and addition to the national team.

Pretorius has made great progress from the hamstring injury he picked up last month just before the start of the England tour. He would have completed the last step of the CSA Return to Play protocol by playing in the now postponed round of the 4-Day Cup and will instead work closely with the team's medical staff and coaches to ensure that he is Test match-ready.

Kagiso Rabada has not yet been medically cleared to play. The team will assemble in Pretoria to begin preparation for the tour on Saturday.

Dwaine Pretorius Cricket
Get the latest updates on IPL Auction 2023 and check out  IPL 2023 and Live Cricket Score. Like us on Facebook or follow us on Twitter for more sports updates. You can also download the NDTV Cricket app for Android or iOS.