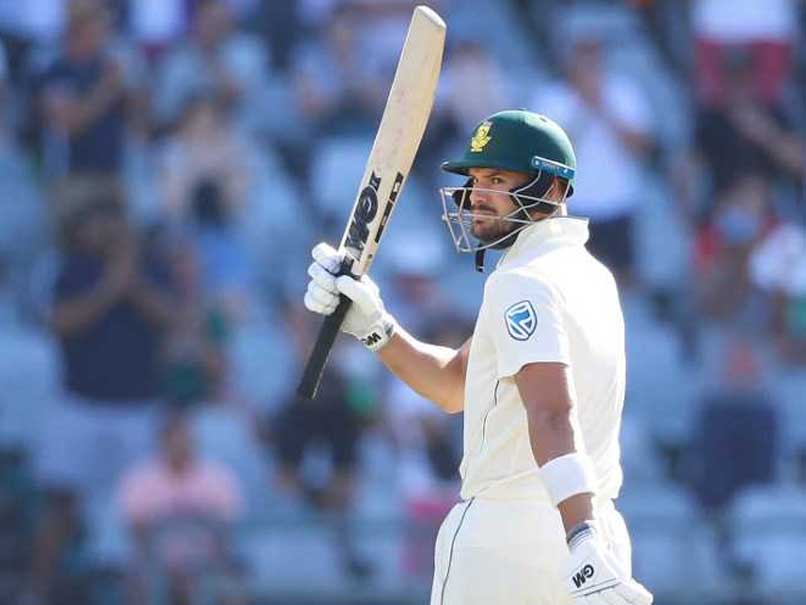 Duanne Olivier led another fast bowling assault on Pakistan's batsmen as South Africa took control on the first day of the second Test at Newlands on Thursday. Olivier took four for 48 as Pakistan were bowled out for 177 after being sent in on a hard, green-tinged pitch. Aiden Markram struck an assured 78 as South Africa reached 123 for two at the close. Olivier followed up a match-winning performance in the first Test in Centurion, while Dale Steyn took three for 48. Captain Sarfraz Ahmed hit 56 and Shan Masood made 44 to lift an otherwise poor Pakistan batting performance.

South Africa's decision to pick an all-pace attack paid dividends with all four fast bowlers picking up wickets, with most of the Pakistan batsmen looking vulnerable against fast, short-pitched deliveries.

As at Centurion, where he had match figures of 11 for 96, Olivier lived up to the “enforcer” tag given him by captain Faf du Plessis, regularly landing the ball in his own half of the pitch and making it rear up towards the batsmen.

Unlike Centurion, the pitch itself was not a major factor in Pakistan's collapse. It was hard and there was some green grass on the surface but the bounce was largely true and there was no exaggerated sideways movement.

The only ball that misbehaved markedly was the last of the day when part-time seamer Shan Masood bowled Markram with a ball which nipped back and kept low.

Azhar Ali, Pakistan's most experienced batsman, fell to a short ball from Olivier for the third time in a row, fending tamely to first slip. Five of his teammates also were dismissed by short deliveries.

Pakistan's batting was put into perspective when Markram and Dean Elgar put on 56 for the first wicket at almost five runs an over.

Mohammad Amir put a brake on the scoring by having Elgar caught behind during a second spell in which he conceded only eight runs in five overs but Markram and Hashim Amla steadily built a second-wicket stand of 67 off 109 balls.

Markram, who had not reached 20 in his previous six Test innings, struck the ball firmly in reaching a half-century off 64 balls with 11 fours. He added another three fours and a straight six off leg-spinner Yasir Shah before being surprised by Masood at the end of the day after a 96-ball inning.

Sarfraz provided the brightest interlude for Pakistan after coming in with his team in danger of total collapse at 54 for five. Looking to counter-attack at every opportunity, Sarfraz put on 60 for the sixth wicket with Shan Masood (44) and 42 for the seventh wicket with Mohammad Amir (22 not out).

Sarfraz Ahmed Mohammad Amir Newlands, Cape Town Cricket
Get the latest updates on IPL 2021, IPL Points Table , IPL Schedule 2021 , live score . Like us on Facebook or follow us on Twitter for more sports updates. You can also download the NDTV Cricket app for Android or iOS.