South Africa vs Pakistan: One Pakistan Cricketer Tests Positive For COVID-19 Ahead Of Tour

South Africa vs Pakistan: The cricketers other than the player who tested positive for COVID-19 will begin training at the Gaddafi Stadium on Friday. 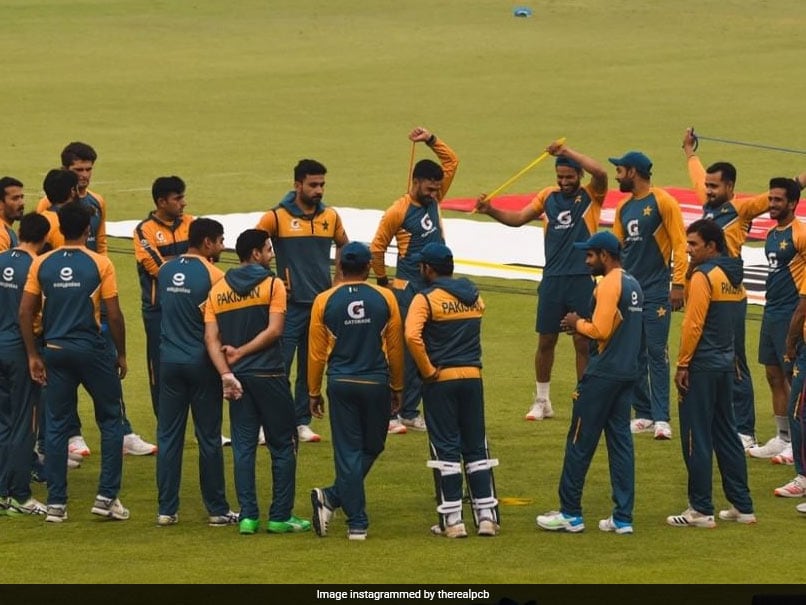 Ahead of the South Africa tour, Pakistan Cricket Board (PCB) on Wednesday confirmed that one member of the squad has tested positive for coronavirus. The 35-member Pakistan squad will depart for Johannesburg on March 26 for the three ODIs and four T20Is against South Africa. They will then fly to Bulawayo on April 17 for three T20Is and two Tests against Zimbabwe. The side is scheduled to return on May 12. "A total of 35 tests were conducted on the South Africa-bound Pakistan men's national cricket team on Tuesday, 16 March. All squad members have tested negative, except for one player," PCB said in a statement.

"The player who has tested positive will undergo a repeat test on Thursday at his residence. If he tests negative, only then he will be eligible to travel to Lahore where he will remain in isolation for two more days before being retested," it added.

Other members of the squad will now assemble in Lahore on Thursday for the training camp, which will commence at the Gaddafi Stadium on Friday, PCB said.