The remaining matches of Pakistan Super League, which was postponed due to a COVID-19 outbreak, can now be rescheduled in June, said Pakistan Cricket Board. 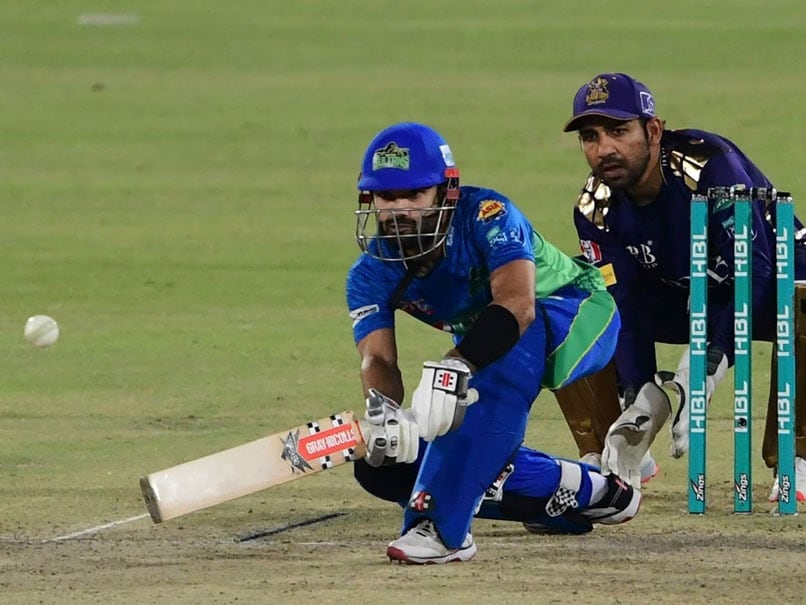 Pakistan Super League 2021 was postponed after a series of coronavirus cases in the bio-bubble.© AFP

Pakistan Cricket Board (PCB) and the franchises are aiming to reschedule the remaining 20 Pakistan Super League (PSL) matches in June in Karachi. "This was unanimously agreed by the six franchise owners and the PCB in a virtual meeting held on Thursday afternoon after taking into consideration all factors relating to event organisation," PCB said in a statement. PCB said June emerged as the most preferred and practical window due to Pakistan men's team's international commitments in March-April and late August-September.

"The remaining 20 matches in June are now being planned following the men's national cricket team's return from Zimbabwe on May 13 and before their departure for England on June 26. The PCB management will now look into the operational and logistical challenges and revert to the franchise owners and stakeholders," the statement read.

On Sunday, PCB had named an independent fact-finding panel that will review the bio-secure protocols that were put in place during the PSL.

"Distinguished infectious disease experts Dr Syed Faisal Mahmood and Dr Salma Muhammad Abbas have been appointed as independent members of the two-person fact-finding panel that will review the bio-secure protocols as well as the bylaws that were put in place during the Pakistan Super League 6," PCB had said.

The board had said the independent panel will submit its findings and recommendations to PCB Chairman Ehsan Mani by March 31.

Earlier, the sixth season of the PSL was postponed following a string of positive COVID-19 cases.

PCB had said the decision was made after seven cases were reported in the competition, which had started on February 20.