The possible cancellation of the remaining matches will have serious implications for cash-strapped Cricket South Africa who were due to earn a reported $4.2 million (3.46 million euros) for the television rights. 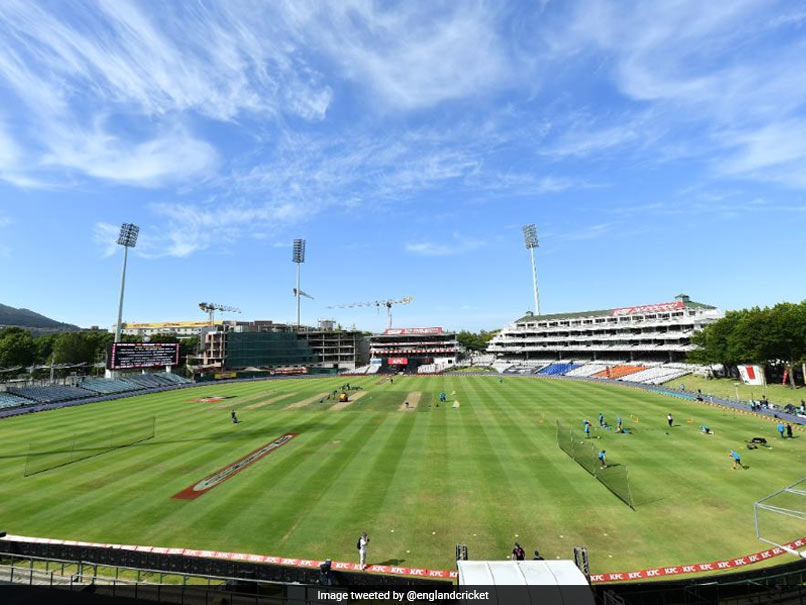 England's tour of South Africa remained in the balance on Sunday after the two countries' cricket boards announced that Monday's planned second one-day international in Cape Town will not take place. The announcement followed the abandoning of the first match in a three-match series on Sunday after two of the touring party returned unconfirmed positive tests for Covid-19. Cricket South Africa and the England and Wales Cricket Board said in a joint statement that the decision had been taken while they "await the outcome of the independent ratification of the two unconfirmed positive Covid-19 tests from the England camp and the continued health and wellbeing of both playing groups".

"Once the findings of this review have been received, CSA and ECB will then discuss how best to proceed concerning the remaining two matches of this ODI series," the statement added.

The possible cancellation of the remaining matches will have serious implications for cash-strapped Cricket South Africa who were due to earn a reported $4.2 million (3.46 million euros) for the television rights.

CSA said the England players and management underwent an additional round of tests on Saturday evening after two members of staff at their hotel tested positive for the virus.

The staff were tested after it emerged that the unnamed South African player had tested positive despite reportedly not having left his team's "bubble".

Former England captain Mike Atherton, now a commentator and journalist, had said he feared the entire series could be under threat after Sunday's match was cancelled.

Atherton said the new positive cases had "ramped up" the concern that the England camp already felt after the opening match was postponed.

"Certainly this match is off and I would be pessimistic about the other games," said Atherton.

Three Twenty20 internationals were played before the latest scare.

The second and third one-day internationals were scheduled to be played at Newlands in Cape Town on Monday and Wednesday.

Sunday's opener was cancelled after it was initially announced that the start at Boland Park in Paarl would be delayed while the England party awaited the test results.

Graeme Smith, CSA's director of cricket, said he was "deeply regretful" that the match could not go ahead "given the amount of time and energy that has been put in place to host a successful tour".

Both teams are staying in what was labelled a "bio-secure environment" in a Cape Town hotel.

The teams checked in to the hotel on November 18, although they stayed in separate areas. One South African player was found to be positive in tests conducted when the players arrived.

He and two other players who were said to have had close contact with the infected player were placed in isolation.

Two days later a second player tested positive, having been part of the "bubble", and planned intra-squad practice matches were cancelled.

All the remaining South Africans came through a fresh round of tests a day before the first of three Twenty20 internationals, which were played without any health issues.

But alarm bells went off when a new positive diagnosis involving a South African player was received on Friday, leading to the initial postponement, an hour before the scheduled start, of the first one-day international.

South African team doctor Shuaib Manjra said after Friday's postponement that he was concerned about a possible breach of the bio-secure bubble. He said he was surprised because he had confidence in the arrangements around the tour.

All the South African players were tested again on Friday evening and it was announced on Saturday that all had returned negative results and that the series would start on Sunday.