Marnus Labuschagne hit his maiden ODI century but could not prevent South Africa from completing a series clean sweep in the third and final clash at Senwes Park on Saturday. 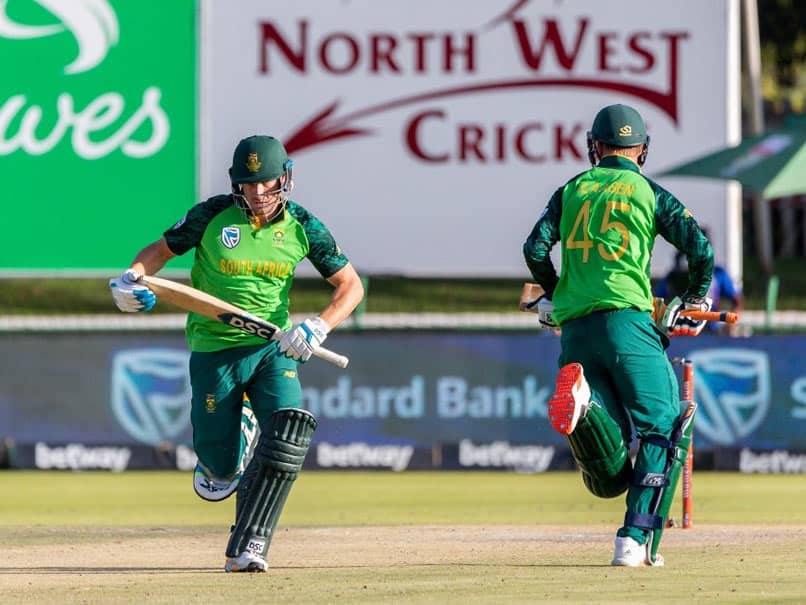 Heinrich Klaasen hit 242 runs in the series and was only dismissed once.© AFP

South Africa completed a 3-0 series whitewash over Australia with a 6-wicket win in the third ODI at Potchefstroom. Australia were buoyed by Marnus Labuschagne's maiden ODI century as they scored 254/7. For South Africa, JJ Smuts put up an all round performance, recording figures of 2/42 and then top scoring for his team with 84 off 98 balls.

Smuts and Kyle Verreynne first combined to put up a 96-run stand for the third wicket and take the game away from Australia before Heinrich Klaasen finished the game off in style with consecutive fours and a six in the 46th over.

Australia dismissed South African openers Quinton de Kock and Jaaneman Malan within the first 11 overs. However, Verreyne and Smuts brought the Proteas back to the dominant position they had been for most of the match before that.

Verreyne was dismissed on 50 after which Klaasen and Smuts continued the steady progress.

Smuts fell in the 43rd over on 84 after which Klaasen upped the ante. He hit two fours in the next two overs before finishing the game off in the 46th smashing 14 runs off the first three balls of the over.

Earlier, Labuschagne was the only batsman who looked comfortable on the Potchefstroom pitch. Aaron Finch, David Warner and Steve Smith all fell within the first 15 overs after which D'Arcy Short stood strong with Labuschagne to put up 81 for the fourth wicket.

It was Smuts who got the breakthrough by dismissing Short for 36.

Labuschagne would almost bat through the innings but fell to a slow ball by Anrich Nortje in the last over of the innings.