South Africa To Tour West Indies In June This Year

South Africa are set to play two Test matches and five Twenty20 internationals in the Caribbean during a tour which starts in June this year. 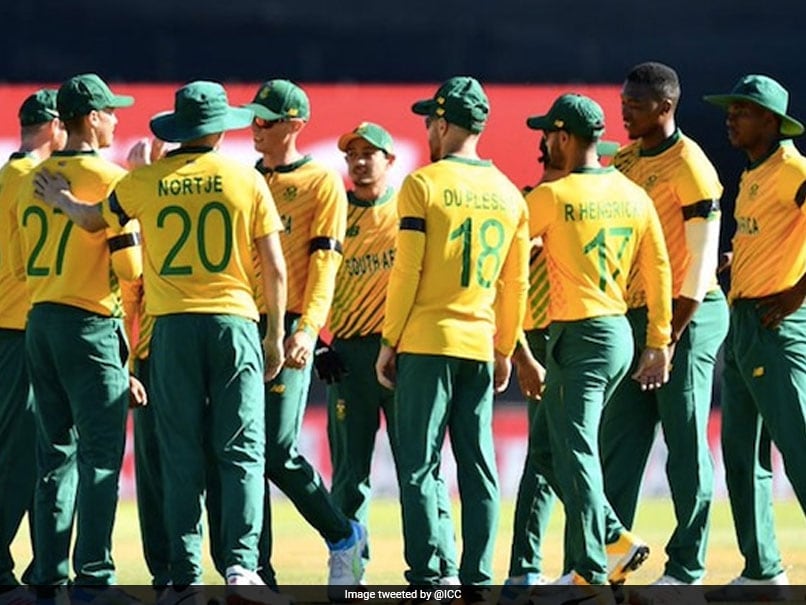 South Africa will play two Tests and five T20Is against West Indies in the Caribbean in June 2021.© Twitter/ ICC

South Africa will tour the West Indies next month at the start of an intensive build-up to the T20 World Cup, which is scheduled for India in October, the national federation announced on Thursday. Cricket South Africa director of cricket Graeme Smith said South Africa would play two Test matches and five Twenty20 internationals in the Caribbean during a tour which will start in early June at venues which had still to be finalised. The South African white-ball players will then travel directly to Ireland for a previously-announced tour in July.

After a short break further white-ball tours are planned to Sri Lanka and India, leading in to the World Cup.

Smith acknowledged that the tour of India in September could clash with a possible resumption of the Indian Premier League (IPL) which was paused in mid-tournament on Tuesday after outbreaks of Covid-19 in three of the franchise camps.

"With what's happening in India with Covid and the IPL, we need to give the BCCI (Board of Control for Cricket in India) time to gather their thoughts," Smith said.

"The challenges India are facing as a country are immense," he added.

Smith said he wanted South Africa to field their best possible team at the World Cup. That could include AB de Villiers, if he comes out of international retirement, and free agents such as Imran Tahir and Chris Morris, who are no longer contracted to be available for South Africa.

"We have seen the success the West Indies has had in bringing back free agents," said Smith.

"But there are many factors involved, including team dynamics. Our focus has always been on trying to get our best squad together for an extensive time," Smith added.

Smith praised the Indian board for their handling of the Covid outbreak.

"The duty of care they have shown in getting everyone home has been exemplary," he said adding that all of the South African players and coaching staff involved in the IPL 2021 would be back in South Africa by Friday.