After Snehasish Ganguly tested positive for coronavirus, BCCI president Sourav Ganguly and CAB chief Avishek Dalmiya were forced to be in home quarantine. 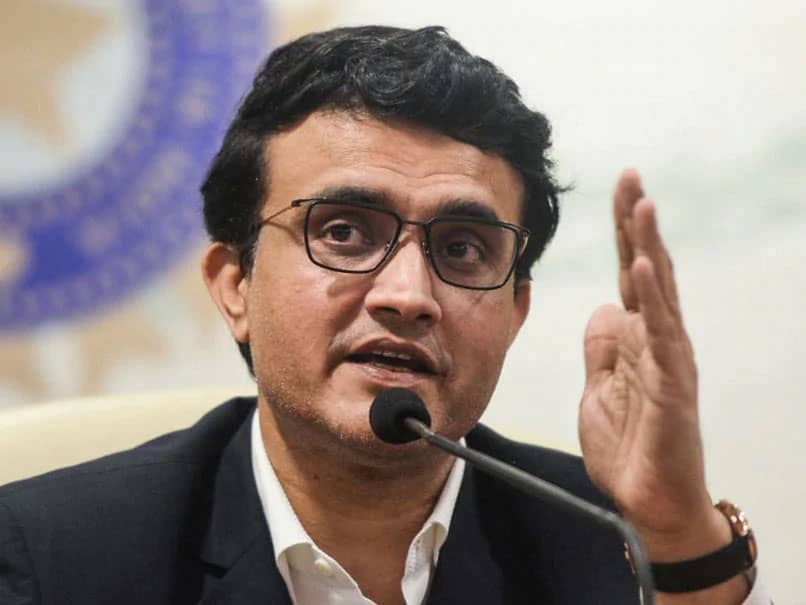 It's unlikely that Sourav Ganguly would be tested for COVID-19 immediately unless he shows some symptoms.© AFP

BCCI President Sourav Ganguly's elder brother and Cricket Association of Bengal joint secretary Snehasish Ganguly is "doing alright" after testing positive for COVID-19, which forced the former India captain and CAB chief Avishek Dalmiya to be in home quarantine. Due to the continuing rise in COVID-19 cases, Ganguly was handling all his BCCI work from an office near his residence, while the shooting for his popular Bengali TV show 'Dadagiri Unlimited Season Eight' had not resumed. "There was a notice saying that the Rajarhat studio was in a containment zone so we could not resume any shooting for season eight this time," a crew member told PTI.

Giving a health update on Snehasish, Dalmiya, in a statement issued by CAB, said, "These are tough times. He has admitted himself yesterday at a city hospital. Other than having mild temperature, he is alright at the moment. Wish him a speedy recovery."

"Yes, I would be undergoing home quarantine for the next few days as per required protocol."

However, it is unlikely that the BCCI chief and Dalmiya would be tested immediately as protocol requires for some symptoms to show before that.

"The CAB had not opened after Chandan Das, who works in the civil engineering department on a temporary basis, tested positive for COVID-19 on July 4. We will keep it closed indefinitely till further notice," he said.

While all meetings took place virtually, Dalmiya said he and Snehasish had gone to CAB last week during a brief visit of Kolkata Police officials to turn a few galleries of Eden Gardens into a quarantine facility.

"During the meeting with the Kolkata Police authorities at their headquarters Lal Bazar, only I was present on behalf of the Association. However, Snehasish Ganguly had joined during the later part of their brief visit at Eden Gardens," he said.

Snehasish's family -- wife, mother-in-law, father-in-law along with their domestic help -- had tested positive for the dreaded disease on June 20 at their Mominpur residence.

Since then, the elder Ganguly had shifted to their ancestral house 'Chandi Bhawan' in Behala where the BCCI President is based.

Comments
Topics mentioned in this article
Sourav Ganguly Cricket
Get the latest updates on IPL 2020, check out the IPL Schedule for 2020 and Indian Premier League (IPL) Cricket live score . Like us on Facebook or follow us on Twitter for more sports updates. You can also download the NDTV Cricket app for Android or iOS.