A well-informed source in the Pakistan Cricket Board said that the hierarchy of the Board had ruled out a comeback for either Kamran Akmal or Shoaib Malik in the one-day squad. 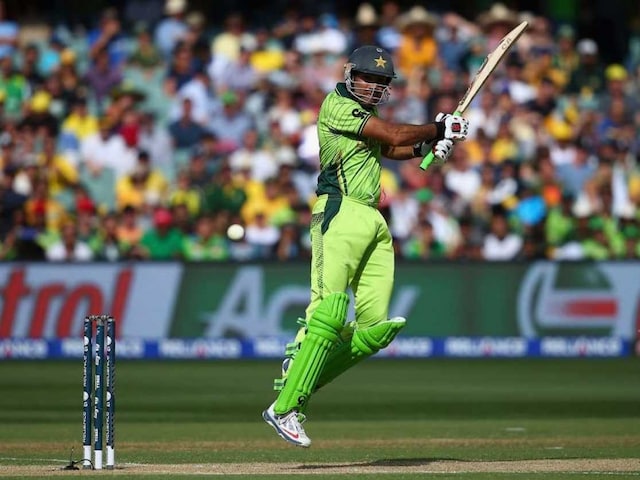 Pakistan batsmen Sohaib Maqsood and Fawad Alam are under consideration to be appointed as captain of the national one-day side following their team's quarter-final exit from World Cup 2015.

A well-informed source in the Pakistan Cricket Board said that the hierarchy of the Board had ruled out a comeback for either Kamran Akmal or Shoaib Malik in the one-day squad.

In present circumstances, the Board is looking at two candidates to replace Misbah-ul-Haq as ODI captain and they are Sohaib Maqsood and Fawad Alam, the source confirmed. (Inzaman Labels Misbah Defensive Skipper)

Misbah and all-rounder Shahid Afridi have retired from ODIs. ('Pakistan Need New Skippers in All Formats')

The source said the Board had promptly issued a press statement of chairman Shaharyar Khan on Friday appreciating the team's performance in the World Cup only to kill any chances of Misbah or Afridi changing their mind about retiring from ODI cricket. (Pakistan Pin Hopes on Struggling Next Generation)

"That is why in the statement the PCB chief appreciated their contribution to Pakistan cricket and said they would be given a befitting farewell."

In the past, Afridi has twice announced his retirement and reversed his decision.

The source said the Board's hierarchy was clear that it's time to move on and there were also chances that the decision to appoint Afridi as T20 captain until the next World Cup might be reversed.

" The idea is to go for a fresh captain and while Shaharyar is in favour of Fawad there is also a strong lobby for Sohaib Maqsood. Although he struggled in the World Cup, the feeling is that he is calm like Misbah and educated and added responsibility will bring out the best in him," the source disclosed.

Asked if there were chances of discarded all-rounder Shoaib Malik being considered to lead in ODIs, he said that neither Malik nor Kamran were in the Board's equation or future planning.

"The Board is even contemplating having a straight talk with Younis Khan and requesting him to retire from one-day internationals," the source said.

The source also confirmed that the Board would be appointing a vice-captain for all three formats.

Sohaib was to be appointed Misbah's deputy for the one-day series in UAE but because of the issues related to Afridi pushing for the captaincy and Younis Khan's selection the PCB deferred the matter until after the World Cup, the source said.

Comments
Topics mentioned in this article
Pakistan Cricket Team Sohaib Maqsood Fawad Alam Misbah-ul-Haq Shahid Afridi Cricket
Get the latest Cricket news, check out the India cricket schedule, Cricket live score . Like us on Facebook or follow us on Twitter for more sports updates. You can also download the NDTV Cricket app for Android or iOS.