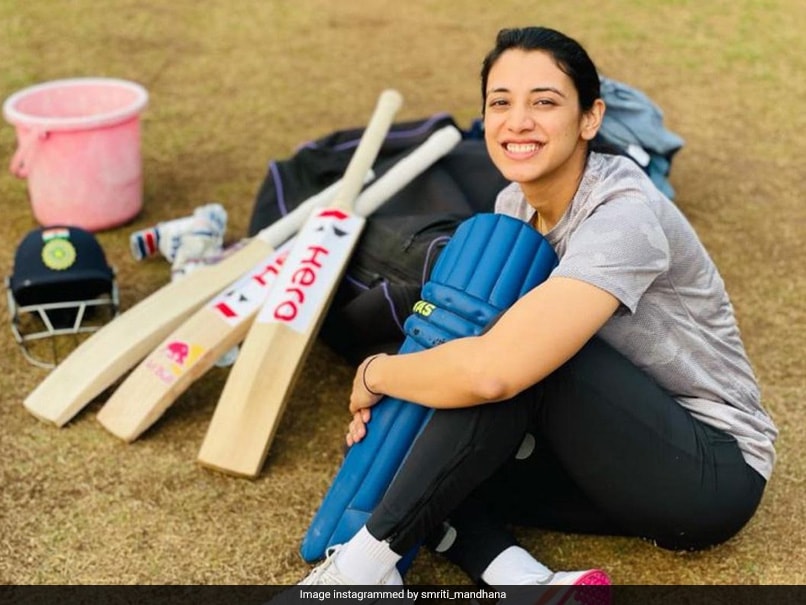 Smriti Mandhana is gearing up for the upcoming tour of England.© Instagram

India women's opening batter Smriti Mandhana, who is gearing up for the upcoming tour to the UK, took to Instagram to revisit her "morning rituals" in a throwback video. In the video, Mandhana can be seen driving a roller on the field. "Morning rituals at my ground!! #aatmanirbhar #throwback," Mandhana captioned the video. The 24-year-old cricketer, last month, clocked four million followers on Instagram on the same day she made her Twenty20 International (T20I) debut. Mandhana was recently awarded with Grade A contract by the Board of Control for Cricket in India (BCCI) as the cricket board announced annual contracts for senior women's team.

The Grade A players will receive Rs 50 lakh each for the period between October 2020 and September 2021.

India women's team is set to travel to the UK for a full fledged tour consisting of three One-Day International (ODIs), three T20Is and a one-off Test match against England.

Earlier this month, Mandhana was named in all three squads and the team is expected to soon fly to England for their first away series since the 2020 women's T20 World Cup.

Mandhana, while speaking at a podcast, had suggested that a women's cricket league will help in building a strong squad just like the IPL has done for men's cricket.

"The league definitely gives a boost to women's cricket and gives confidence to youngsters. We've seen in men's cricket; debutants are facing 145-150 speed deliveries quite comfortably. You can't see that they're nervous on their debut," she had said.

"The league has played a big role in that, and it's going to help women's cricket as well. If you really want to get a strong women's team in India, it's the right time to get a women's league," she concluded.

India Women Smriti Mandhana Cricket
Get the latest updates on Olympics 2020, Olympics 2020 Medal Tally , Live Cricket Score . Like us on Facebook or follow us on Twitter for more sports updates. You can also download the NDTV Cricket app for Android or iOS.