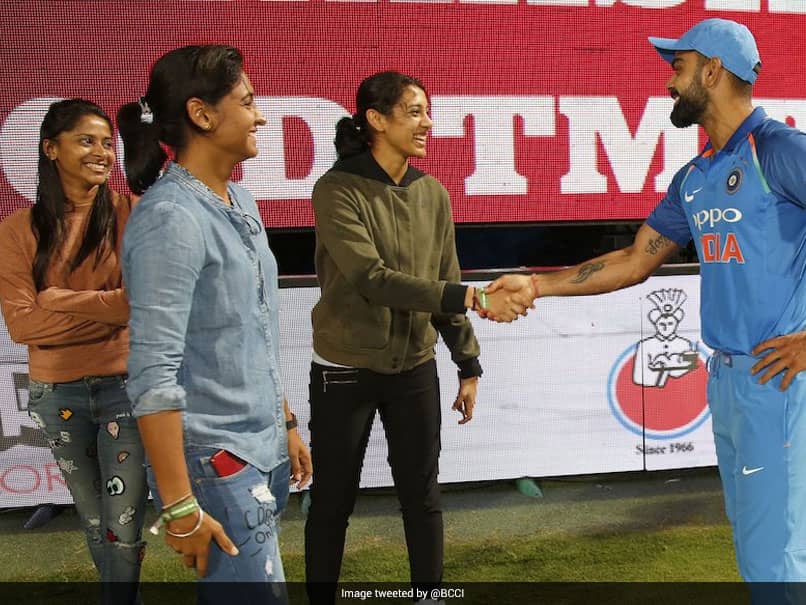 Smriti Mandhana, India women's team cricketer, recalled her meeting with Virat Kohli where she received an inspiring message from the men's team skipper. Smriti Mandhana, during a BBC podcast 'The Doosra', told former England cricketer Isa Guha that when she first spoke to Virat Kohli about the game, he told her that women's team has the capability to inspire a generation of women to take up sports in India. "He told me that your team (women's team) can do something in India which men's team cannot do, that is to change the culture for women in India," Mandhana said.

Virat Kohli, who has been a leading light in helping India become one of the fittest outfits in men's cricket, suggested the young left-handed batter to try and never miss a gym session.

"Whenever you feel like missing a gym session, just think that you can actually inspire a generation of women in India to take up sports not only cricket," Mandhana added.

Mandhana, much like other cricketers across the world, is spending time at home amid the coronavirus pandemic.

Indian cricketers are using social media to interact with their fans and keep them entertained during this phase.

Mandhana along with her teammate Jemimah Rodrigues recently shared a hilarious video on Instagram. In the video both players can be seen playing tunes of an old Bollywood song.

In one of the episode, the duo interacted with Sania Mirza and the ace tennis player opened up about her famous "joru ka ghulaam" tweet.