Indian cricket team player Shreyas Iyer shared pictures thanking everyone and wants his bat to do the talking after completing rehabilitation for the shoulder surgery. 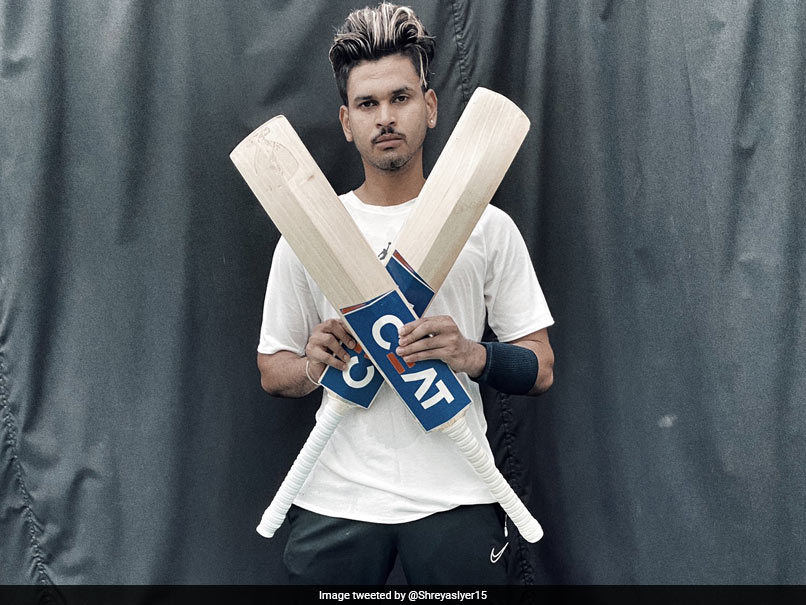 Shreyas Iyer is looking forward to taking the field after completing rehabilitation for shoulder surgery.© Twitter

Having completed rehabilitation for the shoulder surgery Shreyas Iyer underwent, the batsman has thanked everyone who helped him recover. He has said it is now time to get back onto the field and let the bat do the talking. Taking to Twitter, Shreyas wrote, "Ready to go out there. Ready to fight. Ready to play..Thank you to everyone who's helped me recover..Time to let the bat talk now." Shreyas had on July 5 said he would be available for the Delhi Capitals when the Indian Premier League (IPL) 2021 season resumes in the UAE.

Ready to go out there. Ready to fight. Ready to play Thank you to everyone who's helped me recover Time to let the bat talk now pic.twitter.com/VNDWS7hilo

Iyer had suffered a shoulder injury during the ODI series against England earlier this year, and as a result, he missed the IPL leg which was held in India.

"My shoulder, yes, I think the healing process is done. Now it's the last stage of achieving strength and range. So that's going to take about a month and the training is obviously going on. Other than that, I feel, I will be there in the IPL," Iyer said on The Grade Cricketer's Podcast.

Last month, the BCCI announced the schedule for the remainder of the IPL 2021 which will be held in the UAE. A total of 31 matches will be played in the duration of 27 days.

The 14th season, which was postponed in May this year in the wake of the COVID-19 pandemic, will resume on September 19 in Dubai with a blockbuster clash between Chennai Super Kings and Mumbai Indians.

The action will then shift to Abu Dhabi where the Kolkata Knight Riders will square off against Royal Challengers Bangalore.

Sharjah will host its first game on September 24 when Royal Challengers Bangalore take on Chennai Super Kings. In all, 13 matches will be held in Dubai, 10 in Sharjah, and 8 in Abu Dhabi.

The BCCI confirmed on August 3 that the English players will be available for the resumption of the 2021 edition of the IPL.

The postponement of the England-Bangladesh series has opened the doors for the English players to use the IPL as preparatory ground for the T20 World Cup which gets underway just after the IPL.

India Cricket Team Shreyas Iyer Cricket
Get the latest updates on ICC T20 Worldcup 2022 and CWG 2022 check out the Schedule, Live Score and Medals Tally. Like us on Facebook or follow us on Twitter for more sports updates. You can also download the NDTV Cricket app for Android or iOS.