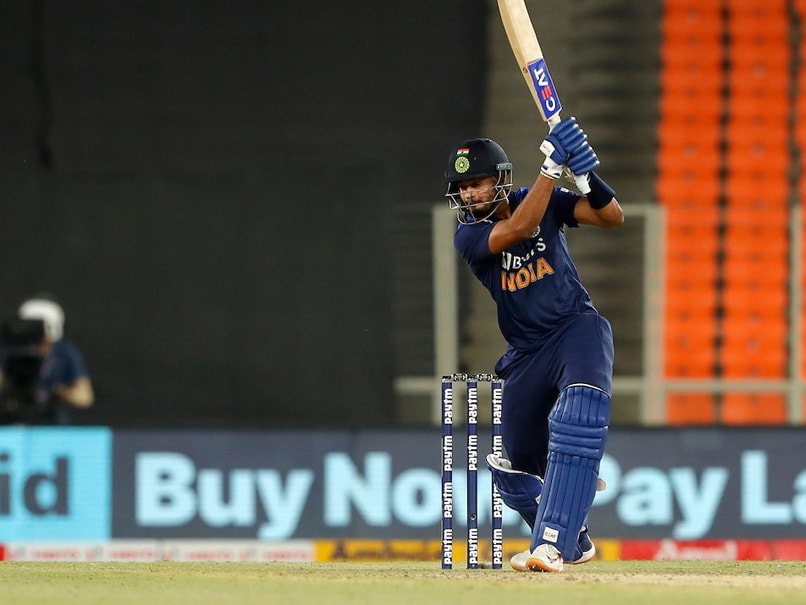 Shreyas Iyer had injured his shoulder earlier this year during an ODI vs England.© BCCI

India batsman Shreyas Iyeris now fully match-fit and cleared by the National Cricket Academy (NCA) to return to competitive action, which is set to take place when the IPL resumes in the UAE from September 19. Iyer will rejoin Delhi Capitals, the IPL franchise which he led to the final for the first time in 2020 but his injury meant that Rishabh Pant captained the side during the last edition, which was halted after multiple COVID-19 cases inside the bio-bubble.

The 26-year-old Iyer, who has played 22 ODIs and 29 T20 Internationals, sustained a horrifying shoulder dislocation during a one-dayer against England in Pune on March 23 and had to undergo a surgery in the United Kingdom.

Having completed an intense rehabilitation programme and proved his fitness during his week-long stay at the NCA, it is understood that its medical team has declared him fit to return to competitive cricket.

"Yes, NCA has issued a fit certificate to Shreyas. He stayed in Bengaluru at the NCA for a week and his final assessment has happened few days back. Based on all medical and physical parameters, he is now ready to play matches.

"This couldn't have happened at a better time with India's T20 World Cup campaignin two months time," a senior BCCI source told PTI on the condition of anonymity.

Iyer had done his rehab programme at the MCA ground in the BKC complex but as per BCCI's protocol, he has to undergo an intense fitness examination before being adjudged match fit by the competent authorities.

With Iyer making a comeback, India's T20 team will have more options in the middle order but, more importantly, all eyes will be on the Delhi Capitals management as to who they pick for the leadership role.

A school of thought is that Iyer led the side well and DC reached their first final last year but Pant is also a young superstar in his own right. How he will take the decision if the reins are handed back to Iyer is also a question.

There could be a possibility that if Pant is not retained as the captain, the keeper-batter may be back in the auction pool and in that case, it is anyone's guess that his price as a player and brand will hit through the roof.

Delhi Capitals Shreyas Iyer Cricket
Get the latest updates on ICC T20 Worldcup 2022 and CWG 2022 check out the Schedule, Live Score and Medals Tally. Like us on Facebook or follow us on Twitter for more sports updates. You can also download the NDTV Cricket app for Android or iOS.