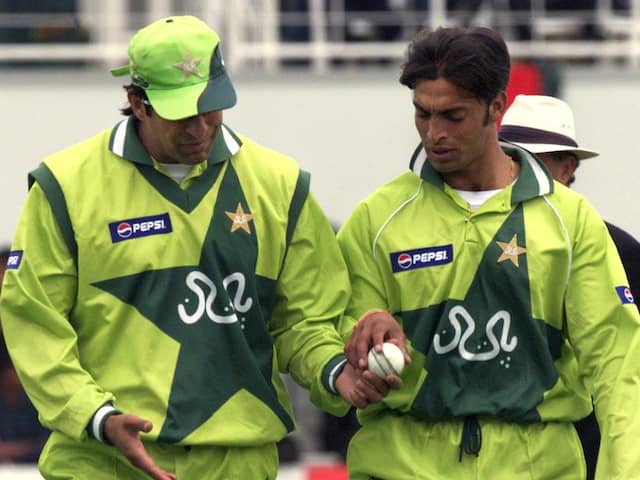 Shoaib Akhtar and Wasim Akram in action for Pakistan.© AFP

Former Pakistan pacer Shoaib Akhtar on Friday shared a 'leaked video' of Wasim Akram where the former captain is heard supposedly criticising the current state of affairs of cricket in the country. Woi puraane tareeke (Same old ways)... ragad ke rakh dia hai (it has crushed us). Change karne ke liye thode tareeke badalne padte hain (To bring about a change, new methods should be introduced)... soch badalni padti hai (we have to change our thinking). Kuch naya bhi karlo bhai (try out some new things)," Akram can be heard saying in the video shared by Akhtar on his Twitter handle.

"But I have a way of getting out of this," the legendary pacer was heard saying.

Akhtar wrote along with the video: "I support the Leaked Video of Wasim Akram, We need a change.#wasimakram #ShoaibAkhtar."

On Thursday, Akhtar alleged that there were many who did not want Kaneria to be part of the Pakistan team because of his Hindu faith, that the spinner was never given due credit for his performances and that he was constantly humiliated by his teammates. Akhtar said that some players even refused to partake of food with Kaneria.

In a statement, Kaneria has also revealed that his life is "not in a good shape" and therefore urged Pakistan Prime Minister Imran Khan to get him "out of the mess".

"Today, I saw the interview of the legendary bowler Shoaib Akhtar. I personally thank him for telling the truth. At the same time, I am grateful to all the players who supported me wholeheartedly as a cricketer. Also thankful to media, genuine cricket administrators, and citizens of Pakistan who supported me regardless of my religious affiliation," he said.

Pakistan Cricket Team Shoaib Akhtar Wasim Akram Cricket
Get the latest Cricket news, check out the India cricket schedule, Cricket live score . Like us on Facebook or follow us on Twitter for more sports updates. You can also download the NDTV Cricket app for Android or iOS.