From playing the flute to reciting lines of a poem, Shikhar Dhawan has been trying his hand at different things following the suspension of IPL. 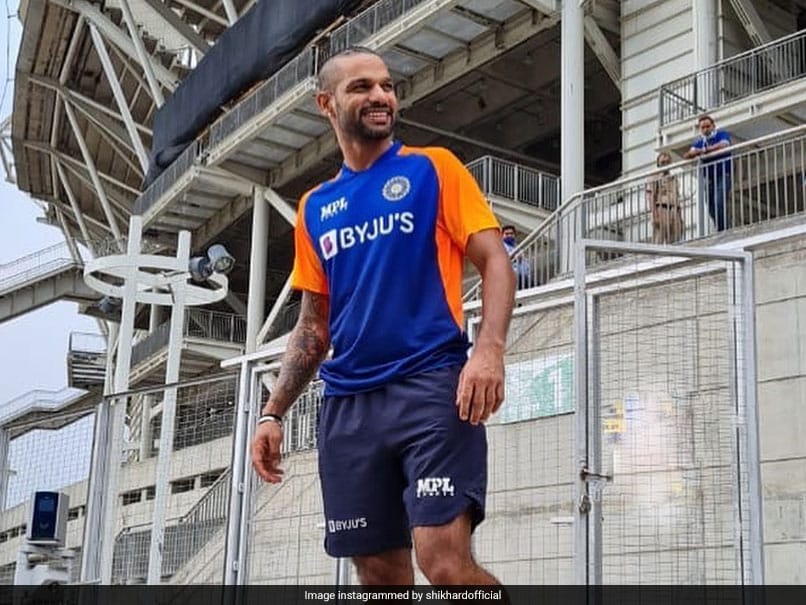 India and Delhi Capitals (DC) batsman Shikhar Dhawan on Sunday turned poetic after showing off his musical talent a few days ago. In a video posted by his Indian Premier League (IPL) team on Instagram, the southpaw can be seen reciting a few lines of a "shayari" by famous poet Wasim Barelvi. "Gabbar out there bringing in #SoulfulSunday for you," DC wrote in the caption box. The short clip got more than 13,000 'likes', with fans of DC showering praises for the dashing left-handed batsman in the comments section.

Last week, Dhawan had posted a video of himself playing the flute from the balcony of his house, to a famous song by the late Jagjit Singh. Sitting on a yellow sofa while playing the flute, in the footage, Dhawan also showed off the scenic view from his balcony.

He urged his followers to "stay calm and stay positive" amid the surge in COVID-19 cases in the country.

Dhawan has been an integral part of DC following his trade from the 2016 IPL champions Sunrisers Hyderabad (SRH) in 2019. Following his return to his hometown, Dhawan scored 520 runs in IPL 2019 with the help of five fifties, at an average of 34.73.

He followed it up with 618 runs in the next season of the cash-rich league. Dhawan also scored two back-to-back hundreds for Delhi in IPL 2020, and, in the process, became the first-ever cricketer to achieve the feat in the history of the tournament.

Dhawan was in red-hot form in IPL 2021 before the event was called off mid-season in the wake of the rising case of COVID-19 in its bio-bubble. He scored 380 runs with the help of three fifties at an impressive average of 54.28.

DC were leading the IPL points table with 12 points in their kitty when the tournament was suspended indefinitely. Under the leadership of Rishabh Pant, Delhi had won six out of their eight games this season.

Shikhar Dhawan Cricket
Get the latest updates on SA vs IND 2021-22, check out the Schedule and Live Score . Like us on Facebook or follow us on Twitter for more sports updates. You can also download the NDTV Cricket app for Android or iOS.