Shikhar Dhawan, India's stand-in skipper for the upcoming Sri Lanka tour, posted a video on Instagram in which he performed the 'Make people think it's a photo' challenge. 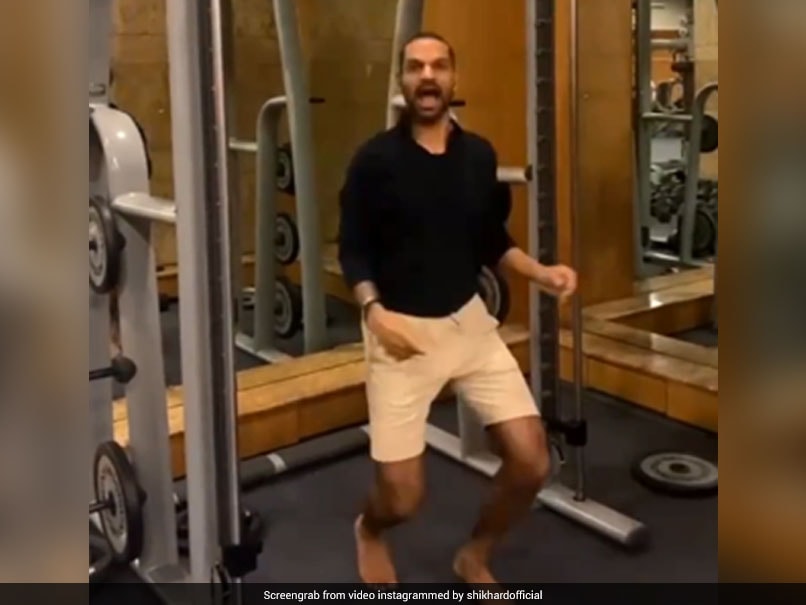 Shikhar Dhawan, on Thursday, posted a video of himself on Instagram after completing the "Make People Think It's A Photo" challenge. In the short clip, the stand-in India skipper for the limited-overs tour of Sri Lanka could be seen hanging from a pull-up bar with his mouth wide open to make his followers believe that it is a photo instead of a video clip. "Challenge accepted," Dhawan captioned the post. His India and Delhi Capitals (DC) teammate Shreyas Iyer was among the first few to react. Iyer dropped two laughing emojis in the comments section.

Many social media influencers have taken up the "Make People Think It's A Photo" challenge (aka #NotAPhoto). To participate, social media users have to post a video of them freezing in place to make it look like a photo. Later, when the music drops, they move from their spot to reveal that it was a reel and not a photo.

On Wednesday, the Kane Williamson-led New Zealand beat India by eight wickets to become the first winners of the WTC.

Dhawan will return to action next month to lead India against Sri Lanka for a six-match (three ODIs and three T20Is) tour. At present, Dhawan, along with other players, who are part of India's 20-member squad for the Sri Lanka tour, are serving a two-week quarantine in Mumbai.

On Tuesday, after spending one week in isolation, the players were allowed to hit the team's gym and train in a group.

Shikhar Dhawan IPL 2021 India vs New Zealand, Final Cricket
Get the latest updates on ICC T20 Worldcup 2022, check out the Schedule and Live Score. Like us on Facebook or follow us on Twitter for more sports updates. You can also download the NDTV Cricket app for Android or iOS.