Shane Warne Reveals Who He Would Pick To Bat For His Life From Among Sachin Tendulkar, Brian Lara

Shane Warne took up the task of choosing between Sachin Tendulkar and Brian Lara, but couldn't give a definitive answer. 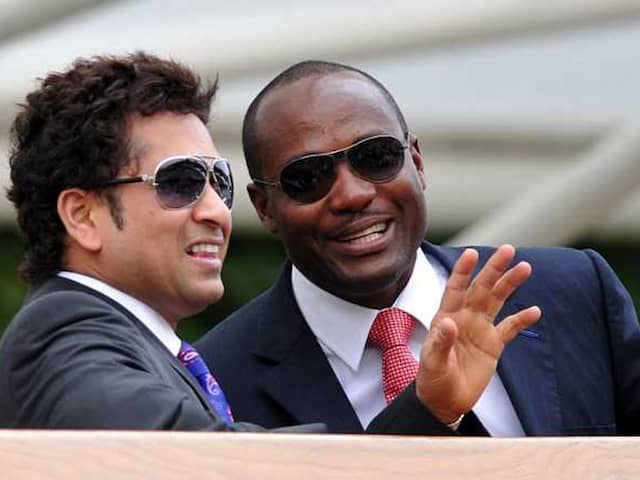 Sachin Tendulkar and Brian Lara are regarded as two of the best batsmen to play the game.© AFP

Sachin Tendulkar and Brian Lara are regarded as two of the best batsmen to ever grace the game. But picking one over the other is an unenviable task. Australian spin legend Shane Warne, in an exclusive chat with NDTV, took on the task with much gusto but still failed to come up with a definitive answer. Warne, who was speaking about his new book, 'No Spin: My Autobiography', also gave details about offers of bribes, his failed marriages and relationships, match-fixing and more.

The debate of who is better between Tendulkar and Lara has raged on for years without a consensus ever coming out. Bur Warne said that while he would want Lara to bat if a big total needs chasing on the final day of a Test, he would pick Tendulkar to bat for his life.

"Brian Lara and Sachin Tendulkar were quite easily the best two batsmen of our generation, my time. It's very hard to split them. If you needed 400 to win on the last day of the Test match or the last innings, I would send Brian Lara out because he has more chance of making 200. If I wanted someone to bat for my life, day in and day out, then I will choose Sachin Tendulkar, because he was such a class act. But they are both terrific players, the best players I saw," Warne told NDTV.

Lara on the other hand, played 131 Tests, scoring a total of 11,953 runs at an average of 52.88. He also played 299 ODIs for the West Indies, scoring 10,405 runs at an average of 40.48. While the stylish left-hander, with 53 hundreds, is far behind Tendulkar's tally of international centuries, he is the only batsman in Test cricket history to score 400 in an innings.

However, one facet of cricket that Tendulkar was head and shoulders above Lara was in the bowling apartment. The Indian legend has over 200 international wickets -- 46 in Tests, 154 in ODIs and one in T20Is.

Lara has just four international wickets to his name -- all coming in the one-day format.

Sachin Tendulkar Brian Lara Cricket
Get the latest Cricket news, check out the India cricket schedule, Cricket live score . Like us on Facebook or follow us on Twitter for more sports updates. You can also download the NDTV Cricket app for Android or iOS.