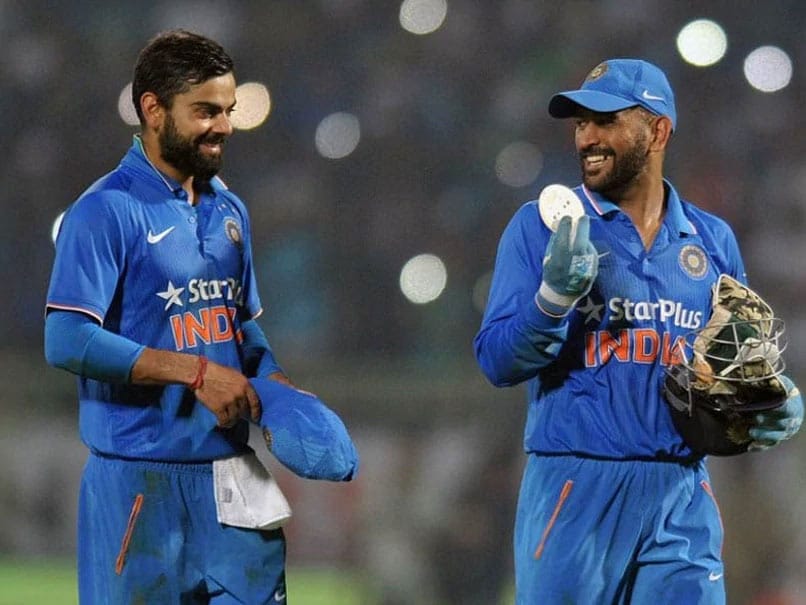 MS Dhoni last played for India at the 2019 World Cup in England.© AFP

Bollywood actor Shahid Kapoor has won hearts with his answer when he was asked to choose between cricket greats MS Dhoni and Virat Kohli. In a live chat with his fans on Twitter, Shahid, who gave the blockbuster 'Kabir Singh' recently, was asked to pick between former India captain Dhoni and his successor Kohli. The actor replied: "Mummy or papa? (Mother or father)". Shahid did enough to highlight the importance of both in the Indian side with his answer drawing several plaudits on the social media platform.

Dhoni has been on a prolonged break since India's semi-final loss to New Zealand in the 2019 World Cup. Kohli is considered as the best batsman in the world across formats. He recently failed to lead India to a Test series win in New Zealand as they lost 0-2.

The Indian team was supposed to take on South Africa in a home three-match ODI series but it got postponed due to the coronavirus outbreak.

Dhoni was back at the nets for Chennai Super Kings, of which he is the captain, but with the Indian Premier League getting postponed, the World Cup-winning skipper had to return back midway.