The Pakistan Cricket Board has backed both Shahid Afridi and Faward Alam for the post of Pakistan T20 skipper. 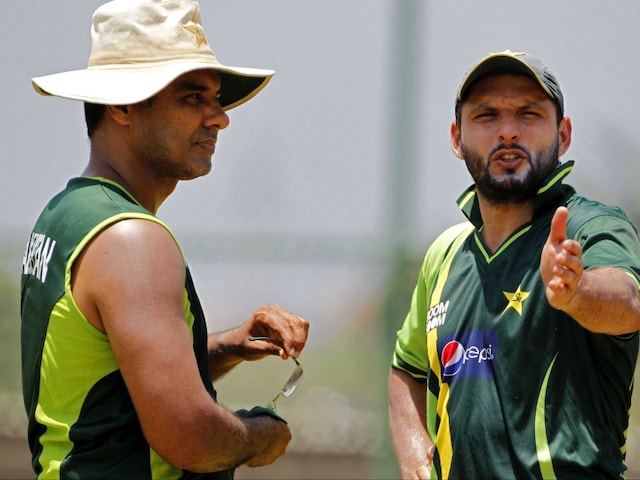 While Shahid Afridi and Fawad Alam have emerged as frontline candidates to be named as the national Twenty20 captain this week, confusion reigns on whether Misbah-ul-Haq will be retained as skipper of the one-day squad.

The chairman of the Pakistan Cricket Board (PCB) Shaharyar Khan has not helped matters by adding to the confusion with his statements on the Misbah captaincy issue.

While Shaharyar has been insisting that he believed in continuity and stability in team matters and the captaincy but in same breath he has said that the captaincy issue would be discussed at the next meeting of the Governing Board which will decide the future course of action.

"It is wrong to say we have issued any warning to Misbah when he met me in Lahore. But yes I did ask him his frame of mind and how he looked at things. It is also wrong to say that the coming series against Australia in the UAE will be his last as captain if the team does not do well," Shaharyar said.

But than in the same breath he added that the captaincy will be put up for discussion at the BOG meeting and he hoped the other members agreed with him that there was need for stability and continuity in the team.

The PCB chairman also had words of praise for batsman Fawad Alam, who he described as one player in the national side capable of playing well under pressure.

"We have talent in our team but what is most important for us to look at is who is capable of the best crisis management in difficult situations and so far Fawad has impressed me a lot," Khan said.

Fawad who last played a T20 for Pakistan in 2010 and has only played ODIs since his comeback to the team this year is now being tipped to be named as the national T20 skipper this week.

But a reliable source in the board said that the name of Afridi had also not been ruled out as a strong candidate.

"Shahid is very experienced and has led the side before. There is also a feeling that it would be good to allow him to lead the side in the T20 matches against Australia and New Zealand so that in case there is a need for a change in the ODI team captaincy he can be trusted with this job later on for the World Cup," he explained.

Comments
Topics mentioned in this article
Shahid Afridi Fawad Alam Pakistan Cricket Team Cricket
Get the latest Cricket news, check out the India cricket schedule, Cricket live score . Like us on Facebook or follow us on Twitter for more sports updates. You can also download the NDTV Cricket app for Android or iOS.