Ravindra Jadeja was seen soaking in the nature after Team India was allowed a three-week off from the bio-bubble. 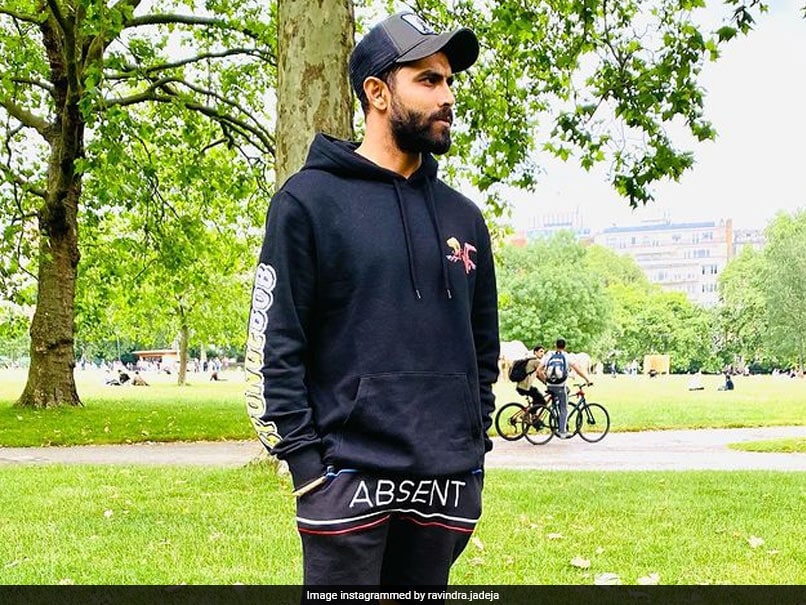 India and Chennai Super Kings (CSK) all-rounder Ravindra Jadeja enjoyed a day out in London on Tuesday, after the cricketers were allowed to leave the bio-bubble following completion of the World Test Championship (WTC) final. Jadeja shared a couple of snaps of himself in a hoodie and shorts from a park in London, and captioned it, "Nature vibes." In the photograph, he is also seen wearing a cool cap and admiring the scenic beauty around him. Within an hour of being shared, the post got almost 2.3 lakh likes. Jadeja's followers flooded the comments section with red-heart, fire and clapping emojis.

Apart from Jadeja, many other Indian cricketers, too, are enjoying their time away from the field and bio-bubble.

Earlier on Monday, India's Test vice-captain Ajinkya Rahane had shared a photograph with his wife, Radhika Dhopavkar, and daughter. He captioned the photo, "Baby's having their day out after quite some time indoors!" The snap also included India's limited-overs vice-captain Rohit Sharma, his wife, Ritika Sajdeh, and their daughter.

India skipper Virat Kohli, too, posted a snap with his wife, Anushka Sharma, as the duo enjoyed some quiet time together away from the game and the bio-bubble. Virat didn't caption the photo, but just added a red-heart emoji.

Seamer Ishant Sharma also visited a historic site -- Stonehenge -- with his wife, Pratima Singh. They were accompanied by Mayank Agarwal and his wife, Aashita Sood.

On June 23, the Kane Williamson-led New Zealand beat India in the final of the WTC, which was held at the Rose Bowl stadium in Southampton. The Indian team is currently enjoying a three-week break ahead of their five-match Test series against England, which kicks off on August 4.

Prior to the start of their lengthy English summer, Team India will gather again on July 15 and enter another bio-bubble.

Ravindra Jadeja Cricket
Get the latest updates on SA vs IND 2021-22, check out the Schedule and Live Score . Like us on Facebook or follow us on Twitter for more sports updates. You can also download the NDTV Cricket app for Android or iOS.