Sarfraz Ahmed To Lead Pakistan In All Three Formats

The 30-year-old will lead Pakistan in the three-match Test series against Sri Lanka in October. 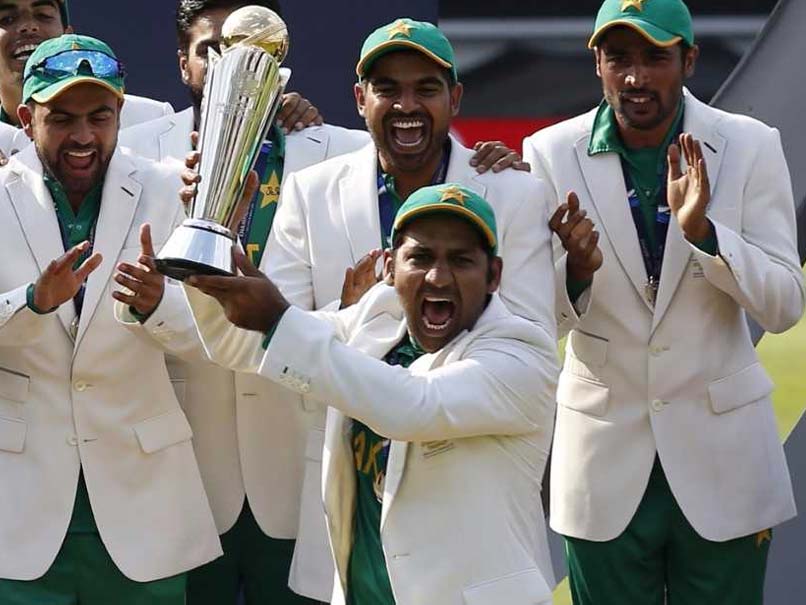 Ahmed said leading Pakistan in all three formats is a great honour.© AFP

Pakistan Tuesday rewarded Sarfraz Ahmed with the country's Test captaincy, a fortnight after he led the national team to an elusive Champions Trophy title in England. Underdogs Pakistan trounced India by a record 180-run margin in the final in London on June 18 to lift the Champions Trophy, to the shock and ecstasy of the cricket-mad country. Pakistan Cricket Board chairman Shaharyar Khan named Sarfraz Test captain at a ceremony honouring the winning team hosted by Prime Minister Nawaz Sharif in Islamabad on Tuesday.

"I take this opportunity to announce Ahmed as our Test captain in addition to one-day and Twenty20 captain," Khan said.

The 30-year-old will lead Pakistan in the three-match Test series against Sri Lanka, likely to be held on the neutral venue of the United Arab Emirates in October.

The Test captaincy has been vacant since Misbah-ul-Haq retired after winning a three-match Test series 2-1 in the West Indies in May this year.

Ahmed said leading Pakistan in all three formats is a great honour.

"I am honoured to be appointed Test captain," he said during the ceremony. "I will do my best to lift the team in all three formats and will not rest on Champions Trophy laurels."

Sharif rewarded every member of the Trophy winning team with a prize of 10 million rupees ($100,000) while members of the team management received five million ($50,000).

Comments
Topics mentioned in this article
Pakistan Cricket Team Sarfraz Ahmed Cricket
Get the latest updates on ICC Women's Cricket World Cup 2022 and IPL 2022, check out the Schedule , Live Score and IPL Points Table. Like us on Facebook or follow us on Twitter for more sports updates. You can also download the NDTV Cricket app for Android or iOS.