Sana Mir featured in 226 international matches for Pakistan during her 15-year long career. 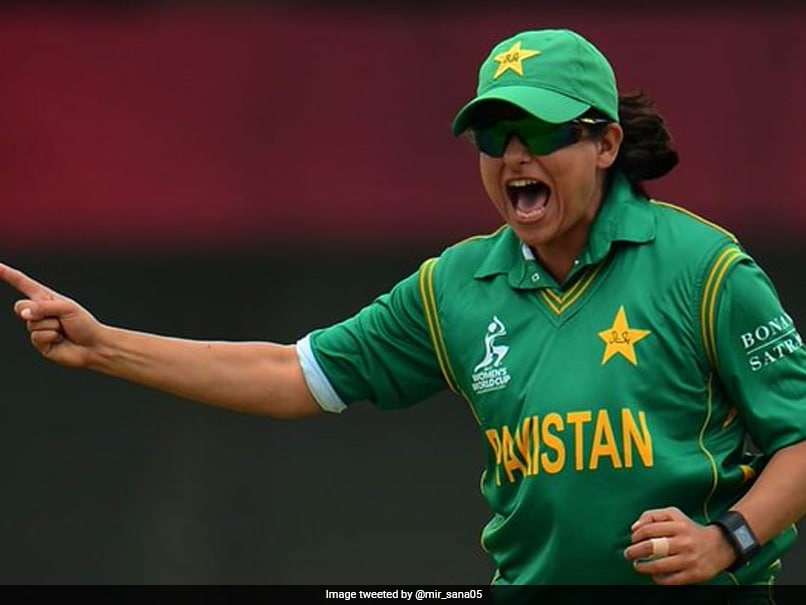 Former Pakistan women's skipper Sana Mir on Saturday announced her retirement from international cricket, ending a 15 year long illustrious career. Mir featured in 226 international matches for Pakistan, including 137 as captain from 2009 to 2017. The right-handed batter made her ODI debut against Sri Lanka in Karachi in December 2005, while her last ODI was against Bangladesh in Lahore in November 2019.

"I want to extend my gratitude to the PCB for giving me an opportunity to serve my country for 15 years. It has been an absolute honour and privilege," Mir said in an official statement.

"Last few months have provided me with an opportunity to contemplate. I feel it is the right time for me to move on. I believe I have contributed to the best of my ability for my country and the sport," she added.

Mir, who has been a vital cog in the Pakistan bowling line up, rose to number-one on ICC Women's Rankings for ODI bowlers in October 2018.

With 151 ODI wickets in 120 ODIs, she shares the fourth position on the all-time list with Anisa Mohammed of the West Indies.

She is one of the nine women cricketers to have taken 100 wickets and scored 1,000 runs in ODIs.

"During my cricket journey, I have met and built strong friendships and bonding with some amazing cricketers in women's cricket. Listening about their stories and philosophies have not only made me a tougher and stronger athlete but have also taught me great things about life, which are beyond yourself or the sport or winning and losing," Mir said.

"When I reflect on my debut, it gives me great satisfaction that I have been part of the process that has eventually resulted in a packed-to-capacity Lord's for the ICC Women's World Cup 2017 final, something that was further boosted by a record 87,000 spectators for the ICC Women's T20 World Cup 2020 final at the Melbourne Cricket Ground. These are great success stories for women's cricket," Mir said.

The 34-year-old cricketer is currently ranked 9th and 41st in the ICC's ODI and T20I bowlers' lists, respectively.

Pakistan Women Sana Mir Cricket
Get the latest updates on SA vs IND 2021-22, check out the Schedule and Live Score . Like us on Facebook or follow us on Twitter for more sports updates. You can also download the NDTV Cricket app for Android or iOS.