Sachin Tendulkar said he thought increased exposure to English conditions would benefit Indian players, citing his own experience as a 19-year-old when he became Yorkshire's first overseas cricketer in 1992. 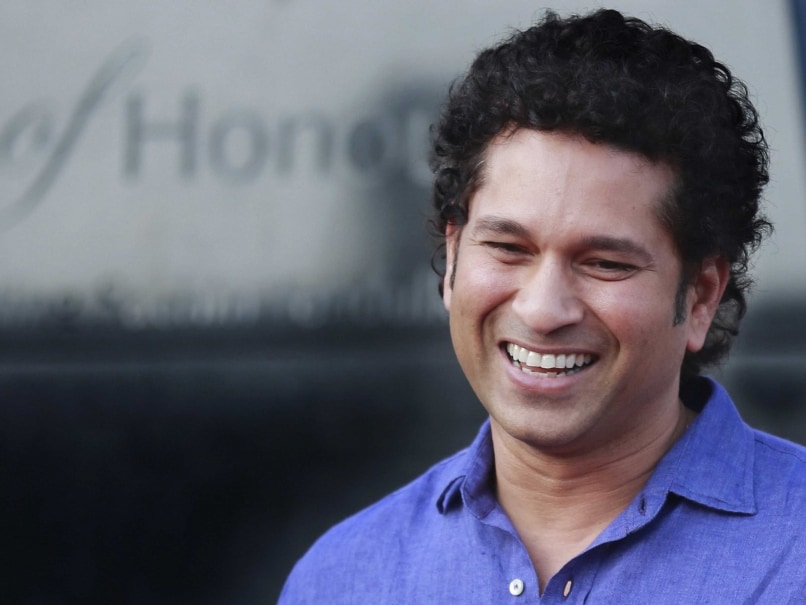 Sachin Tendulkar may have written off England's chances of winning next year's World Cup but that hasn't stopped the India great urging his compatriots to broaden their horizons with a spell in English county cricket.

England have never won the World Cup in nearly 40 years of trying and, having lost five out of their last six one-day international series, few expect them to end that sequence in Australia and New Zealand next year.

Tendulkar, who retired from cricket last year having become the first man to score 100 international centuries and been India's leading run-scorer during their march to the 2011 World Cup title, was among the sceptics when it came to assessing England's chances. (Multan Declaration Hurt Sachin)

"I think Australia, South Africa, New Zealand are a dark horse, and India -- these four should be my semi-finalists," Tendulkar said at a press conference at London's Lord's Cricket Ground on Friday, where he was promoting his autobiography, 'Playing It My Way'. (Top 10 Quotes from the Book)

"Do England have a chance? Not really. I don't think so. ('Felt Humiliated After Being Sacked as Captain')

"Anything is possible in this sport but going on current form I don't think England will be that competitive. (Wanted to Boycott Australia Tour After Monkeygate: Sachin)

"I feel India can surprise a lot of people and I also believe the spinners will come into play. (Sachin Would Practice at Night: Ganguly)

"People talk about the pitches for fast bowlers but because of the size of the grounds, I think spinners could be important."

India have long proved tough to beat in home conditions but have often struggled on their travels, particularly in recent times, and were beaten 3-1 in a five-Test series in England earlier this year.

Tendulkar said he thought increased exposure to English conditions would benefit Indian players, citing his own experience as a 19-year-old when he became Yorkshire's first overseas cricketer in 1992.

"I grew up watching cricket being played in England and the reason I wanted to start playing cricket was because of the 1983 World Cup (that India won in England)," the 41-year-old Tendulkar said.

"My first Test 100 also took place in England at Old Trafford, which was a big moment for me.

"And in 1992, the first time I played for Yorkshire was a turning point in my career because it taught me about the conditions but it also taught me a lot as a person.

"I thoroughly enjoyed my time at Yorkshire -- they were all very supportive and welcoming and I can never forget that experience, the warmth I felt there.

"England will always have a special place in my heart and my mother-in-law is English, so I have to be careful what I say about England!," added Tendulkar.

After the end of India's recent tour of England, top-order batsman Cheteshwar Pujara had a brief stint with Midlands county Derbyshire.

But Tendulkar said playing more in England would benefit India's bowlers too as he recalled the experience of left-arm paceman Zaheer Khan, who took 78 wickets for Worcestershire in 2006.

"I remember Zaheer Khan was having a lot of injuries and there was a period when he was away from cricket for a while," said Tendulkar.

"I told him there was no off-season for him -- when the monsoons are in India, he needed to go to England and he would be transformed as a cricketer.

"He did that, played a couple of seasons in English county cricket and I think that transformed him as a bowler."

Comments
Topics mentioned in this article
Sachin Ramesh Tendulkar YOR Cricket
Get the latest updates on ICC T20 Worldcup 2022 and CWG 2022 check out the Schedule, Live Score and Medals Tally. Like us on Facebook or follow us on Twitter for more sports updates. You can also download the NDTV Cricket app for Android or iOS.