South Africa vs Sri Lanka: Kagiso Rabada was included in the South Africa squad for the second Test against Sri Lanka, but in the end, he was not selected in the playing XI. 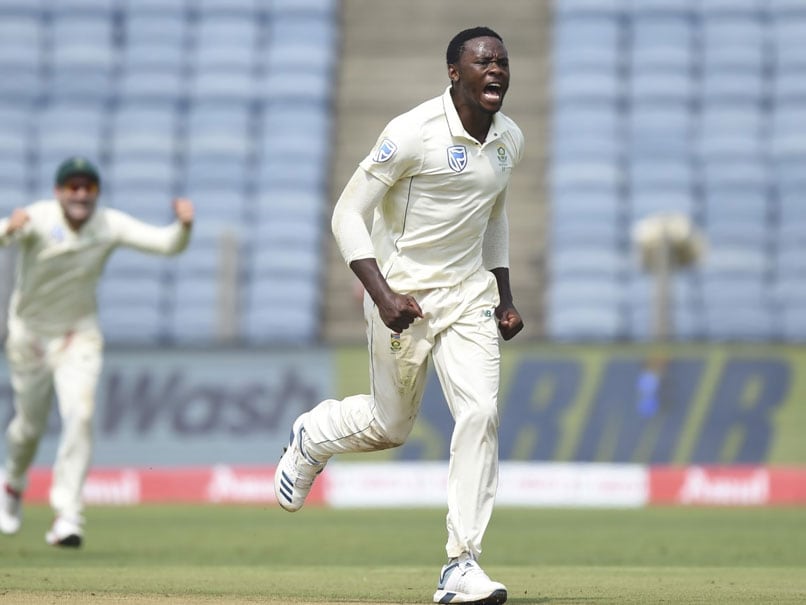 Kagiso Rabada had missed the first Test against Sri Lanka due to a right adductor muscle strain injury.© AFP

South Africa skipper Quinton de Kock on Sunday said that pacer Kagiso Rabada was not included in the team for the second Test against Sri Lanka, as the management wants to keep him fit for the upcoming series against Australia. Rabada was included in the Proteas squad for the second Test against Sri Lanka, but in the end, he was not selected in the playing XI. "Not much deliberation on bringing KG back into the squad. We want to keep him fit for the Australia series. We just want to carry forward the momentum and that's as much as we spoke about," said de Kock during the toss ahead of the second Test.

When asked about Test captaincy, de Kock replied: "I haven't thought about captaincy. It's going alright, hopefully, we can make it two from two. We just want to get another win and start 2021 on a good note. We are well behind in the Test Championship. We don't mind, either way, it's not too much of a stress for a toss."

Rabada had missed the first Test against Sri Lanka due to a right adductor muscle strain injury.

In the second Test, Sri Lanka won the toss and opted to bat first.

South Africa had defeated Sri Lanka by an innings and 45 runs in the first Test of the two-match series. The Proteas are currently at the sixth position in the World Test Championship (WTC) standings.