Rohit Sharma became the proud father of a girl on December 31, when he was on the tour of Australia. 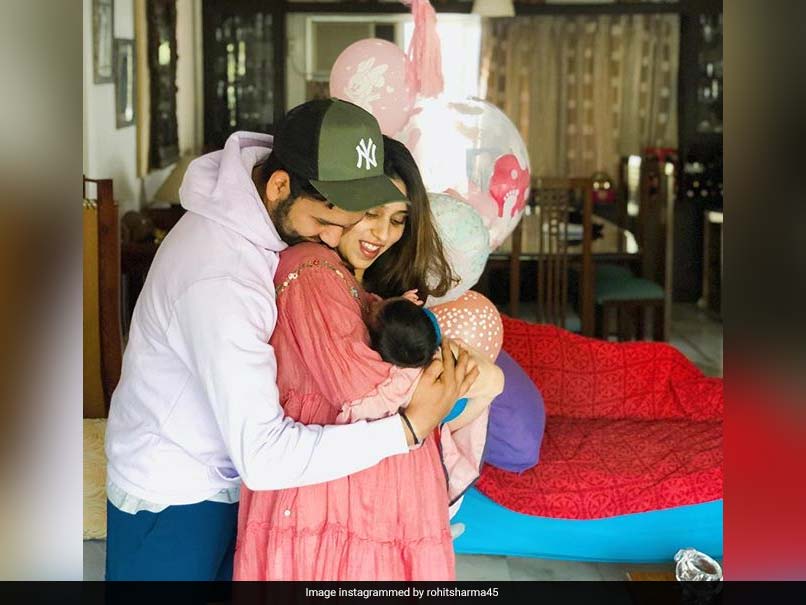 Tiny Samaira responded to her mother with constant giggles.© Instagram

Rohit Sharma's wife Ritika Sajdeh is keen to teach their daughter Samaira the best of the world languages at an early age, suggested a recent video tweeted by the Team India cricketer. "Spanish lessons at 3 months #muybien," Rohit Sharma captioned the video, in which Ritika can be seen teaching Samaira some of the common Spanish phrases such as hola (hello), como estas (how are you) and muy bien (very well). Tiny Samaira, who was born on December 31, responded to her mother with constant giggles.

Having tied the knot with Ritika in December 2015, Rohit became the proud father of a girl on December 31. Then, he was on the tour of Australia, where India registered their first-ever Test and bilateral One-day International (ODI) series wins.

Rohit returned from Australia to Mumbai to attend to his wife Ritika and the child after her birth. He re-joined the Indian squad on January 8 for a three match ODI series that India won 2-1.

Under the captaincy of Rohit, Mumbai Indians will host Ravichandran Ashwin-led Kings XI Punjab in an Indian Premier League (IPL) 2019 match at the Wankhede Stadium on Wednesday.

In the ongoing IPL 2019, Mumbai Indians are placed fifth on the points table with three victories out of five matches.

KXIP, on the other hand, have won four out of six matches to secure the third place on the table.

The previous encounter between the two teams in Mohali had ended in a comprehensive eight-wicket win for KXIP, but home conditions at the Wankhede Stadium are expected to favour Mumbai Indians.