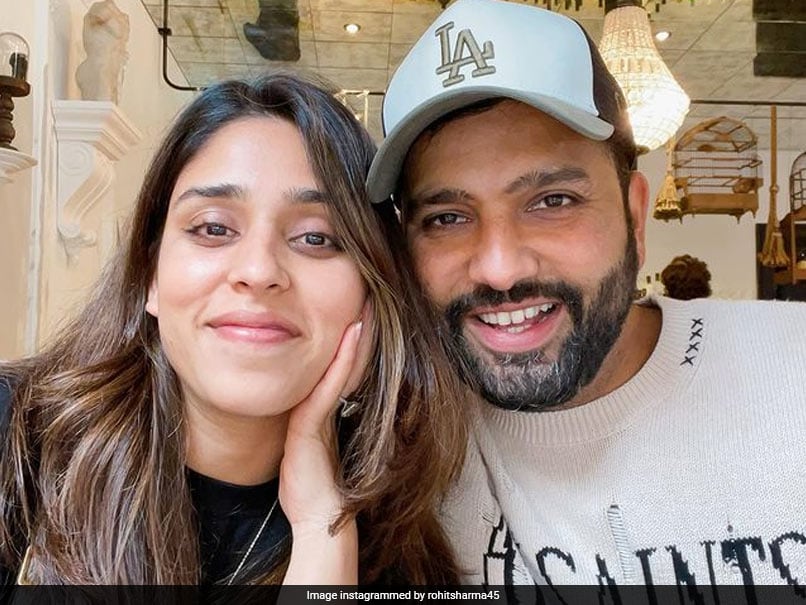 The Indian players in England are making the most of their break after theWorld Test Championship (WTC) final againstNew Zealandin June. India's star opener Rohit Sharma, who is part of India's squad for the upcoming five-match Test series against England, posted a picture with his wife Ritika Sajdeh on Instagram. "My Constant", Rohit captioned the pic. The picture was well-received by fans and got more than four lakh likes in just half an hour.

Earlier, Rohit posted another picture with Ritika with a red-heart emoji in the caption. The post crossed more than 1.8 million likes and fans flooded the comments section with heartwarming messages.

David Warner commented "Legend" on the picture as it gained public attention.

On the cricketing front, the 34-year-old wasn't at his best during the World Test Championship final against New Zealand. Rohit lost his wicket after getting good starts in both innings. He scored 34 runs in the first innings and 30 in the second innings.

Rohit has played just two Test matches on English soil, including the recent Test against New Zealand. His opening partner in the WTC final, Shubman Gill, has reportedly been ruled of the upcoming England series with an injury.

The team management might go with KL Rahul or Mayank Agarwal as Gill's replacement, but Rohit has to play the senior role as both Rahul and Mayank have been out of Test cricket for a while.

The England vs India five-match Test series will start from August 4, with the first match at Trent Bridge, Nottingham.

Comments
Topics mentioned in this article
Rohit Sharma Cricket
Get the latest updates on IPL Auction 2023 and check out  IPL 2023 and Live Cricket Score. Like us on Facebook or follow us on Twitter for more sports updates. You can also download the NDTV Cricket app for Android or iOS.