The International Cricket Council (ICC) introduced the Player of the Month award for men's and women's cricket to recognise and celebrate the best performances throughout the year. 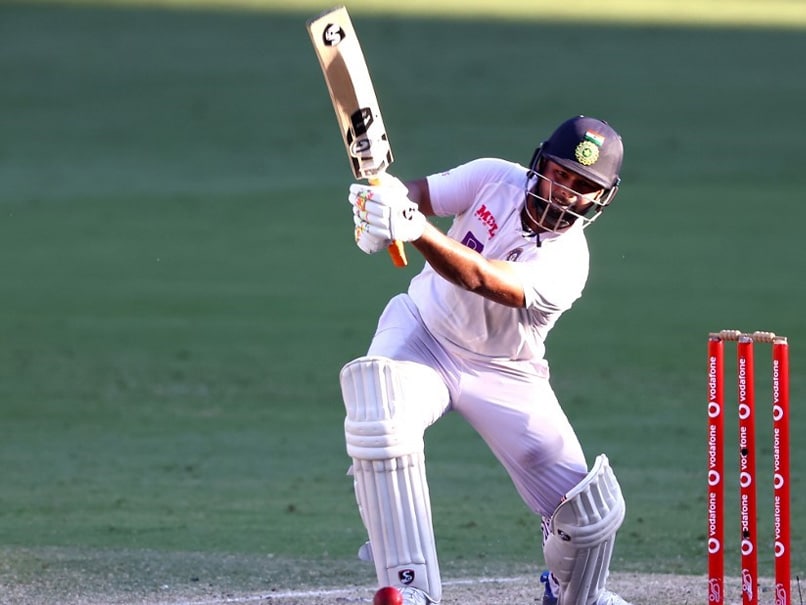 Rishabh Pant was among the Indian players nominated for ICC Player of the Month award for January.© AFP

India's senior off-spinner R Ashwin and swashbuckling wicketkeeper-batsman Rishabh Pant were on Wednesday nominated for the newly-introduced player of the month awards by the International Cricket Council. Besides Ashwin and Pant, two other Indians -- Mohammed Siraj and T Natarajan -- are also in the fray. All of them played a stellar role in India's recent historic Test series win against Australia. The world body said the awards will recognise the best performances of both male and female cricketers across all forms of international cricket throughout the year.

Fans are invited to vote online every month to award their favourite male and female cricketers across all formats of international cricket played in that month, the ICC said in a release.

An independent ICC Voting Academy comprising former players, broadcasters and journalists from around the world will team up with fans to vote for the winners.

Geoff Allardice, ICC General Manager - Cricket said: "The ICC Player of the Month is a great way to connect with fans of the sport and celebrate performances of their favourite players through the year.

"It gives us all an opportunity to acknowledge world class performances on the field by male and female cricketers and they have been in abundance throughout January."

The three nominees for each of the categories will be determined by the ICC Awards Nominations Committee based on on-field performances and overall achievements during the period of that month (the first to the last day of each calendar month.)

The Voting Academy will submit its votes by email and will retain a 90 per cent share of the vote.

Subsequently, on the first day of each month, fans registered with the ICC will be able to submit votes via the ICC website and will have a 10 per cent share of the vote.

Winners will be announced every second Monday of the month on the ICC's digital channels.

Comments
Topics mentioned in this article
International Cricket Council Cricket
Get the latest updates on IPL Auction 2023 and check out  IPL 2023 and Live Cricket Score. Like us on Facebook or follow us on Twitter for more sports updates. You can also download the NDTV Cricket app for Android or iOS.