Rishabh Pant was promoted up the batting order in the final two Tests in Australia and played two crucial knocks that helped India win the series. 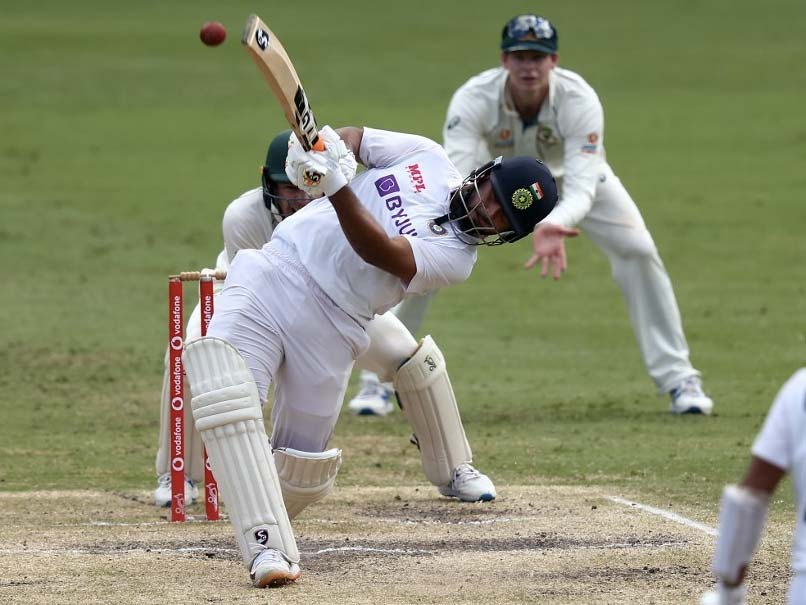 AUS vs IND: Rishabh Pant was India's highest run-scorer in the Test series against Australia.© AFP

Rishabh Pant got a promotion up the batting order in the final two Tests against Australia and his blockbuster knocks in both Sydney and Brisbane helped India complete a dramatic comeback and seal the four-match series 2-1. First, he hit 97 in Sydney, putting India in with a chance for an unlikely win chasing 407. The match in Sydney ended in a draw, as India denied Australia a chance to take the lead in the series. Then, at the Gabba, Pant played a more watchful 89* to help the team complete the chase and beat Australia at their fortress.

India's batting coach Vikram Rathour said that the idea to promote the swashbuckling wicketkeeper-batsman came from regular captain Virat Kohli, before he left the tour on paternity leave.

Rathour was discussing India's performance with the bat in the series with Ravichandran Ashwin on his YouTube channel when the off-spinner asked him how he came up with the idea of pushing Pant up the order.

"It wasn't really my call. I can't take the credit for this. This started after the first Test, that we lost (in Adelaide)," Rathour said.

"Sri (Ravi Sridhar) has already spoken about where Virat, Ajinkya (Rahane) and all of us sat together before Virat left," he said.

"So that is where this was discussed, and it actually came from Virat, to be honest," Rathour told Ashwin.

"In case we are playing both the left-handers (Pant and Ravindra Jadeja), it will be a good idea if Pant can be sent at no. 5 so that we can have that left-right combination."

"So we debated on this a little further and we discussed this with Ajinkya also," Rathour said. "I had a discussion that if wickets fall early, will that be a good time to send Pant?"

"So we discussed that let him be at no. 6. But, in the second innings in Sydney, I said 'Boss, this is the time he needs to go at no. 5 irrespective of when we lose the wicket, because it was the last innings and we were going for the runs" he said.

He also said that Ravi Shastri is a big believer in the left-right combination.

"He believed for a long time that Australians don't bowl well to left-handers, so we need to bring in a leftie somewhere. So, it was discussed and Ajinkya agreed," Rathour said.

He also added that he suggested sending Pant at no.4 in the fourth innings at the Gabba, but eventually that didn't pan out.

Pant finished as India's highest run-scorer in the series and was the Player of the Match in the series-clinching fourth Test.