Wriddhiman Saha said he is happy with the quick success of young wicketkeeper-batsman Rishabh Pant. 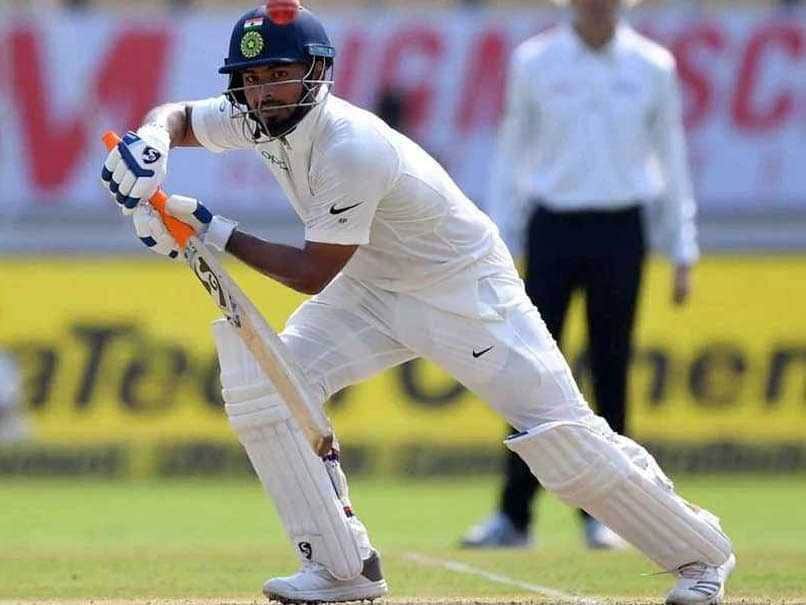 Rishabh Pant has cemented his place in the Indian Test team in a short span of time, though 34-year-old wicket-keeper Wriddhiman Saha doesn't count him as his competitor. Wriddhiman Saha, who is set to return to the competitive cricket after a long injury layoff, said he is happy with the quick success of young wicketkeeper-batsman Rishabh Pant. "I don't see him as my competitor. I have never regarded anyone as a competitor since the time I was a child. It's not that I have to better him and I am not getting a chance because he is there. My job is to play to the best of my potential and keep performing. I have always done that and kept waiting for my chance," Saha said.

Praising the 21-year old who is now making a case for himself across formats, Saha said Pant has proved himself since making his debut.

"He is very good. He has a lot of potential and has done reasonably well since getting a look in. If he wasn't good enough, he would not be getting runs in the IPL or would not have come in the reckoning."

Saha picked up a thumb injury on May 25 last year during an Indian Premier League (IPL) match between Sunrisers Hyderabad and Kolkata Knight Riders which ruled him out of the one-off Test against Afghanistan in June.

Later, Saha was diagnosed with a career-threatening injury for which he underwent surgery on his right shoulder in Manchester.

In the meantime, Pant grabbed the opportunity with both hands by scoring hundreds in England and Australia and averaging almost 50 in nine tests.

According to experts, Pant is still not at the same level as Saha behind the stumps with the former's glovework still a work in progress.

Asked about his India comeback plans now that Pant has made life difficult for the 34-year old, Saha said he can only let his performances do the talking and leave the selection to the team management.

"I am not thinking about my comeback to the national side just yet. There is the IPL and the World Cup. India play Tests only in July so there is no point thinking about it now.

"My job is to do well. Selection is not in my hands," he said.

India's next Test assignment will only be after the World Cup when they visit the West Indies for a two-Test series in July.

Saha also spoke on India's chances in the upcoming World Cup, rating Virat Kohli and Co as one of the pre-tournament favourites owing to their recent exploits.

"I think the side is very balanced. The pacers are doing so well, spinners are picking up key wickets and the batting now looks settled too. (MS) Dhoni bhai is looking as good as ever. I would rate them as one of the favourites," Saha concluded.

Wriddhiman Saha Rishabh Pant Cricket
Get the latest updates on ICC Women's Cricket World Cup 2022 and IPL 2022, check out the Schedule , Live Score and IPL Points Table. Like us on Facebook or follow us on Twitter for more sports updates. You can also download the NDTV Cricket app for Android or iOS.