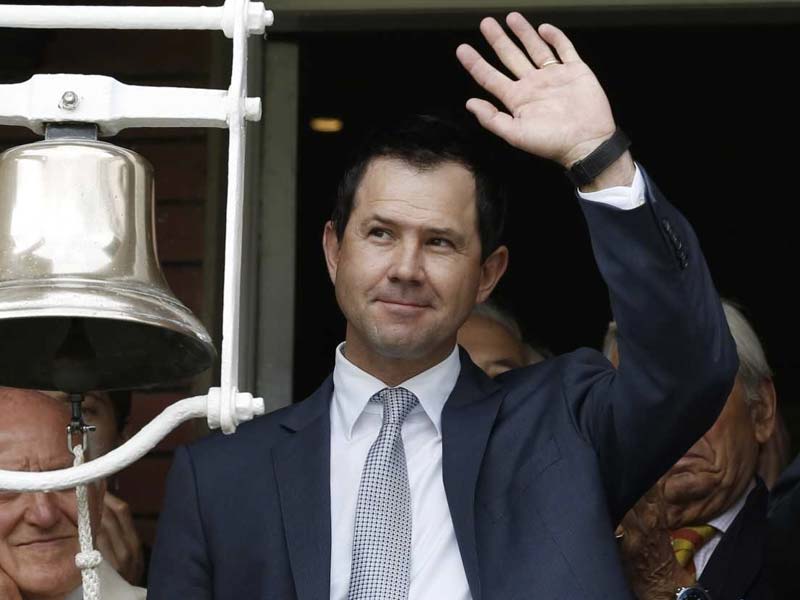 Ricky Ponting, the former Australian captain, on Wednesday became the 25th Australian cricketer to be officially inducted into the International Cricket Council (ICC) Hall of Fame at the iconic Melbourne Cricket Ground (MCG) in the presence of thousand supporters. A three-time World Cup winner, Ponting did a lap of honour as part of his induction during the tea break on Day-1 of the Boxing Day Test. The 44-year old was earlier named for this list prior to his formal induction. Ponting has four Test centuries from 15 Tests averaging over 58. Three of the centuries came against South Africa and the other was a memorable career-best of 257 against India. Earlier, in February, Ponting was also inducted into the Australian Cricket Hall of Fame.

Australia's most successful captain, Ponting is the highest run-scorer for his country in both Tests (13,378 runs) and ODIs (13,704 runs). In his glittering career, he won the 1999 World Cup under Steve Waugh and the next two World Cups as captain in 2003 and 2007. He was at his prime form when Australia whitewashed England in the 2006-07 Ashes Test series at home.

"I feel deeply honoured to be recognised by theICCin this way," Ponting was quoted as saying by Cricket Australia. "I loved every moment of my journey as a player and am so very proud of the team and personal achievements along the way.

"These would not have been possible without the help of so many people including my teammates, coaches and support staff that played such an integral part in my playing career.

"I would like to especially thank my family for their constant support and direction. Honours like this are just as much for them as it is for me," he said.

Melbourne Cricket Ground Cricket
Get the latest updates on ICC Women's Cricket World Cup 2022 and IPL 2022, check out the Schedule , Live Score and IPL Points Table. Like us on Facebook or follow us on Twitter for more sports updates. You can also download the NDTV Cricket app for Android or iOS.