South Africa completed a 3-0 sweep in a series which was as much about giving opportunities to fringe players as it was about beating their neighbours. 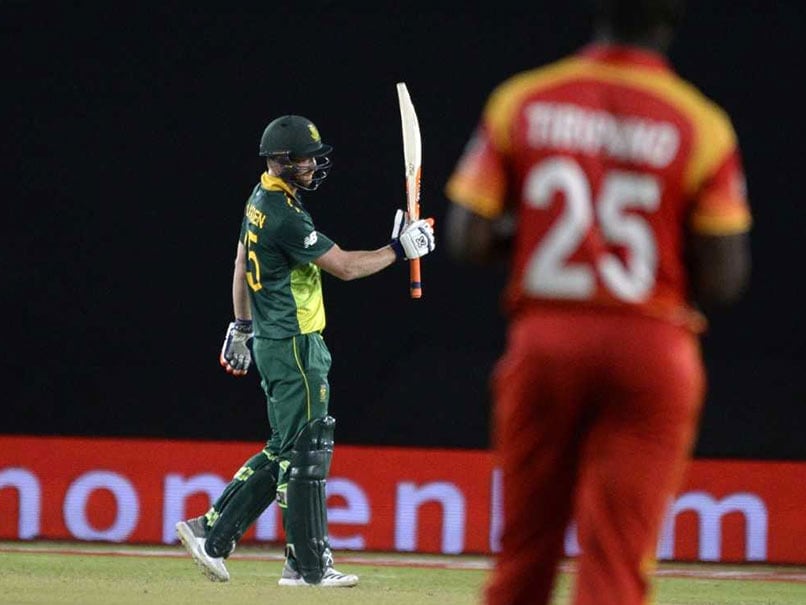 Reeza Hendricks and Heinrich Klaasen advanced their claims for long-term places in the South African squad as they hit half-centuries in a four-wicket win over Zimbabwe in the third and final one-day international at Boland Park on Saturday. South Africa completed a 3-0 sweep in a series which was as much about giving opportunities to fringe players as it was about beating their neighbours. "Our main focus was to keep looking at players and we tried to give everyone good game time," said South African captain Faf du Plessis.

"Australia is our next tour (at the end of October). It will probably be a bit tougher than this and we will be closer to our best 15 or 16 players for that tour."

Hendricks made 66 and Klaasen 59 as South Africa chased downa Zimbabwe total of 228 with 4.1 overs to spare.

Hendricks hit a century on debut against Sri Lanka in August but scored only eight runs in his next four innings. Opening the batting, he helped Aiden Markram put on 75 for the first wicket and batted fluently in hitting five fours and a six off 82 balls.

Klaasen played his second useful innings of a series in which he also kept wicket capably in the absence of Quinton de Kock, hitting six fours and a six in a 67-ball innings. Two catches and a lightning stumping helped win him the man-of-the-match award.

Sean Williams hit 69 to lead an improved batting performance by Zimbabwe but it was not enough to provide a serious challenge on the only good batting pitch of the series.

Earlier, the left-handed Williams helped the tourists regain some pride after being bowled out for 117 and 78 in losing the first two matches of the series. Williams and Brendan Taylor (40) put on 73 for the fourth wicket.

Taylor became the third Zimbabwean to reach 6,000 ODI runs when he was on 39, joining the Flower brothers, Andy and Grant.

Zimbabwe captain Hamilton Masakadza said his team's batting had been disappointing. "We just weren't good enough across all three games," he said.

The sides start a three-match Twenty20 international series in East London on Tuesday.

Zimbabwe Cricket Team Heinrich Klaasen Reeza Hendricks Cricket
Get the latest updates on IPL Auction 2023 and check out  IPL 2023 and Live Cricket Score. Like us on Facebook or follow us on Twitter for more sports updates. You can also download the NDTV Cricket app for Android or iOS.