Ravindra Jadeja will be part of India’s spin attack for the first two Tests against South Africa. He replaces veteran Harbhajan Singh. 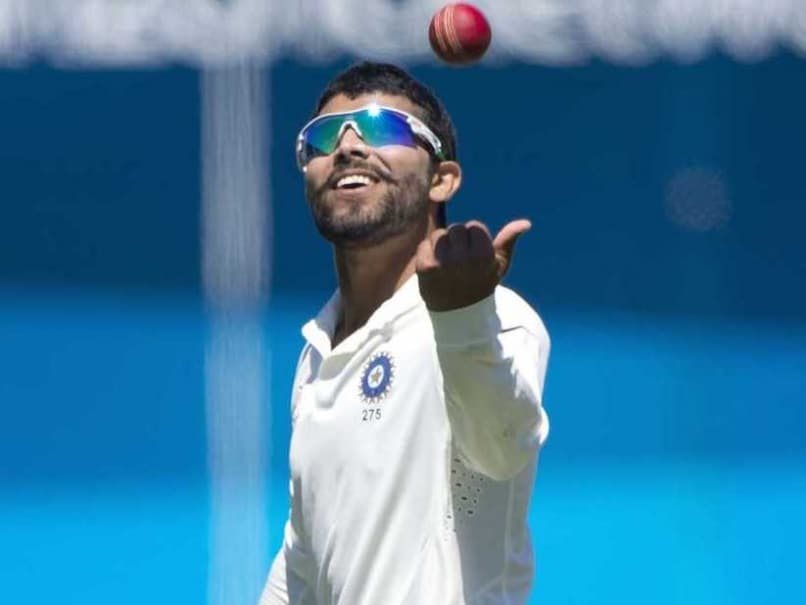 All-rounder Ravindra Jadeja on Monday returned to India's Test squad after a gap of nearly 14 months as selectors desisted from making too many changes to the 16-member squad for the first two matches against South Africa starting November 5. (Ravindra Jadeja in fray for playing in India-South Africa series)

The 26-year-old Jadeja was rewarded for his consistent performance in the domestic circuit and found a place alongside R Ashwin, who still remains doubtful owing to a side strain injury. Jadeja replaces Harbhajan Singh, who was part of the Test squad for the tour of Sri Lanka. The 27-year-old Jadeja last played a Test against England in Manchester in August 2014.

Barring Jadeja's inclusion, there were no other changes in the Test squad announced by BCCI Secretary Anurag Thakur after a meeting of the selection committee headed by Sandeep Patil here.

The selectors also made just one change in the ODI squad for the remaining two matches against Proteas, bringing in paceman Sreenath Aravind for fellow seamer Umesh Yadav.

Jadeja's recall was not entirely unexpected as he has bagged 24 wickets in two domestic games for his Ranji team Saurashtra apart from putting in useful contributions with the bat.

Wicketkeeper-batsman Wriddhimaan Saha, who had missed the last Test against Sri Lanka because of injury has been brought back to the squad, to be captained by Virat Kohli.

The Test team has a balanced look in the batting department with Shikhar Dhawan and Murali Vijay being the openers.

K L Rahul, Cheteshwar Pujara, Virat Kohli, Rohit Sharma and Ajinkya Rahane will be the middle-order mainstays though Rahul can also open the innings if required.

The selectors have opted to go in with three specialist spinners in Ashwin, Harbhajan Singh and Amit Mishra, while Jadeja will also add to the variety.

Although Ishant Shamra has been named in the squad, he will not be eligible to play the first Test having been banned by the ICC for his aggressive behaviour during the Sri Lanka series.

The remaining two ODIs will be played in Chennai and Mumbai on October 22 and 25 respectively.

The Test series will begin from November 5 with Mohali, Bengaluru, Nagpur and Delhi as the venues respectively.

Comments
Topics mentioned in this article
India Cricket Team Ravindra Jadeja Sreenath Aravind Cricket
Get the latest updates on IPL 2021, check out the IPL 2021 Schedule and Indian Premier League Live Score . Like us on Facebook or follow us on Twitter for more sports updates. You can also download the NDTV Cricket app for Android or iOS.