Ravichandran Ashwin is active on social media and his specific brand of humour often gets his fans involved. 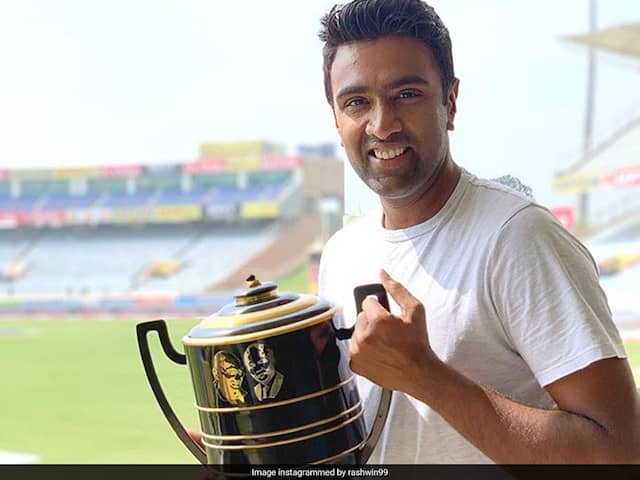 Somebody with one World Cup, a Champions Trophy, 365 wickets from 71 Tests and 150 wickets from 111 ODIs would be sure to mention these accolades on their resume. But for Ravichandran Ashwin, none of these achievements quite make the cut. The wily off-spinner took to Instagram to share a hilarious version of his curriculum vitae, which will surely land him a job once he hangs up his cricketing boots. "Creative with my looks, creative with my CV! What does your CV look like?" he wrote along with the image.

Creative with my looks, creative with my CV! What does your CV look like? Follow @break_the_beard, take a screenshot of the template, edit it on your story and share your CV on your profile! #BreakTheBeard #ShareYourCV #StayGroomed #RAshwin #Cricket #CricketNews #India #BleedBlue #MoBro #MoWisdom #FeelFresh #GroomedIsIn #CricketMemes

"Sending opponents to the pavilion," the prolific wicket-taker lists in his skills.

In his interests, he mentions "Playing wicket games", "spinning hearts" and "breaking records and my beard".

Fans flooded his post urging him to add "Mankad-ing" to his skills.

Ever since Ashwin dismissed Rajasthan Royals opener Jos Buttler with the controversial tactic in the Indian Premier League (IPL) last year, Ashwin has been almost synonymous with the dismissal method and been on the receiving end of both praise and criticism over it as well as, of course, memes.

"Expertise in mankad," wrote another.

Others were simply full of praise for the bowler.

"As like your cricket brain sir. Excellent," a user wrote.

"More power to you Ashwin. You will always be the best spinner ever lived. These selectors kept you out of action for no good reason," a passionate fan wrote.

Ravichandran Ashwin is currently in New Zealand for India's two-match Test series. India lost the first match in Wellington by 10 wickets, even as he took three wickets. The second match will begin on Saturday in Christchurch.