According to reports, a Cricket Advisory Committee member said that an Indian coach was always priority for the coach's job. 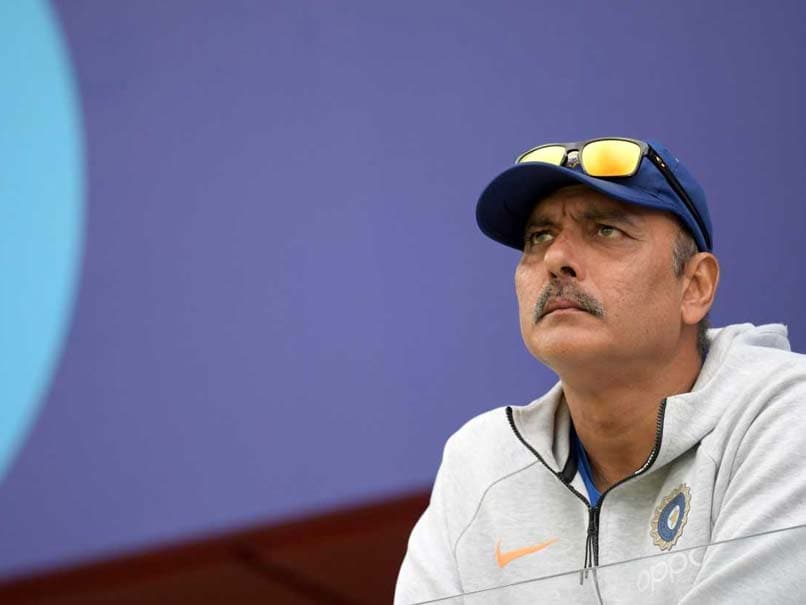 Under the coaching of Ravi Shastri, India reached semi-finals in the World Cup 2019.© AFP

Ravi Shastri remains favourite to be handed India's Head Coach job for a second successive term, according to a report that quoted a Cricket Advisory Committee (CAC) member saying they are "not too keen on a foreign coach". The CAC, comprising Kapil Dev, Anshuman Gaekwad and Shantha Rangaswamy, has been cleared by the Supreme Court-appointed Committee of Administrators (CoA) to select India's Head Coach by mid-August. "We are not too keen to bring in a foreign coach. Yes, had someone of the stature of Gary Kirsten applied, we might have given it a thought. But even then, an Indian would have always been the priority," a CAC member told IANS.

The member added that with the team doing so well under Shastri, it was all but certain that the former India all-rounder will continue to coach the Virat Kohli-led team.

"After all, the team has also done well under an Indian head coach, so why look for a change? As things stand now, Shastri does look to be the favourite to be handed a fresh contract," the member said.

A senior BCCI official had also recently said that it was important for Shastri to continue as the team was undergoing transition.

"Nothing permanent with a long-term effect should happen at this stage of transition. Shastri and Kohli complement each other well and it would be unfair to change half of a team that has been successful. A change in coach may disturb the equation that exists and allows the players to have the mental space to excel.

"If a change is made at this stage, it would be a change of strategy and planning for the next 5 years. It would be unfair to take such a decision at a stage when the stakeholders are not the ones deciding," the official told IANS.

CoA chief Vinod Rai has made it clear that the final decision lay with the CAC and they will appoint the coach and there won't be a case of them giving their recommendation to the BCCI.

When asked if there was a joint winner, the CAC member said that the vote of Kapil would come in if at all such a scenario arose.

"See, firstly, it is a three-member panel, so a split decision is highly unlikely. But yes, if at all a situation does arise where A goes for one candidate, B for another and C for another, the vote of the chairman will come in and the decision will stand. But as of now, we don't see something like that happening," the member said.

"But yes, we will give the board options like our first preference is A, second preference is B and third preference for the job is C. That is more because there can be a case like at the time of the women's coach appointment when Kirsten had IPL commitments."

The CAC is yet to receive a date from the board as to when the shortlisted candidates are will be interviewed. But they expect to get intimation on the same soon. Rai on his part has said that the interviews will take place in mid-August.

India Cricket Team Ravi Shastri Cricket
Get the latest updates on ICC T20 Worldcup 2022 and CWG 2022 check out the Schedule, Live Score and Medals Tally. Like us on Facebook or follow us on Twitter for more sports updates. You can also download the NDTV Cricket app for Android or iOS.