All-rounder Stuart Binny scored a scintillating century while Shreyas Gopal hit a splendid 92 as Karnataka put on a massive 649 in their first innings against Delhi on the second day of a Ranji Trophy Group A match. 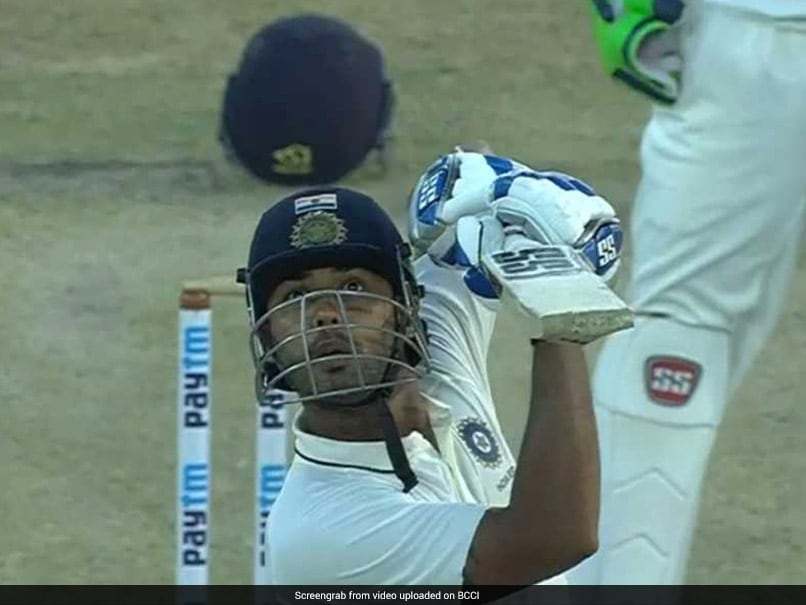 All-rounder Stuart Binny scored a scintillating century while Shreyas Gopal hit a splendid 92 as Karnataka put on a massive 649 in their first innings against Delhi on the second day of a Ranji Trophy Group A match. At the close of play, Delhi were 20 without loss in five overs with openers Unmukt Chand and skipper Gautam Gambhir batting on 8 and 12, respectively. Karnataka resumed the day on 348 for four with Binny, starting at his overnight score of 14, hammered 72 runs in only boundaries during his brilliant knock of 118 runs off 155 deliveries.

But another overnight batsman Mayank Agarwal was run out after adding just seven runs to his last night's score of 169. He departed for a well-made 176 off 250 balls, including 24 fours and three sixes.

After Agarwal's departure, Binny adopted an aggressive approach and scored runs quickly in the able company of wicketkeeper-batsman CM Gautam, who also chipped in with an important 46 off 81 balls with eight boundaries.

The duo stitched together a crucial 111-run partnership for the sixth wicket.

Binny, who has been in a fine form with knocks of 41 and 61 runs in previous matches, continued the momentum.

Shreyas Gopal though missed out on a century by just eight runs, he played a responsible 165-ball 92 that was studded with 11 fours and a six.

Shreyas frustrated Delhi by knitting 101-run partnership for the last wicket with Abhimanyu Mithun (35 not out).

Comments
Topics mentioned in this article
India Cricket Team Stuart Binny Cricket
Get the latest updates on India vs Australia Series, check out the India vs Australia Schedule for 2020-21 and Ind vs Aus live score . Like us on Facebook or follow us on Twitter for more sports updates. You can also download the NDTV Cricket app for Android or iOS.